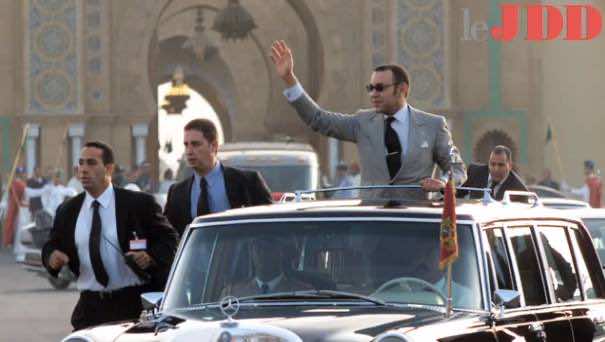 By
youssef sourgo
-
Youssef Sourgo is currently a Master’s student in Linguistic and Literary studies at Ain Chok Faculty of Letters and Humanities.
Apr 10, 2014
Spread the love

Casablanca- Police in Tangier arrested a man on Wednesday for stalking the king in an attempt to give him a letter.

The man was arrested in the November 6th Square in Tangier while he was stalking the king in his car in order to hand him the letter, according to Le360.

The man was subsequently taken to a police center for interrogation.

HM the King returned to Tangier two weeks after an initial visit in order to inaugurate a number of developmental projects.

Two other men, a French national and a Moroccan, were arrested last March after their remote-controlled helicopter was intercepted flying over the royal residence in Dar Bouazza, Casablanca.

The two men were subsequently released. Their helicopter was confiscated and the memory card it contained was sent to a laboratory to determine whether it had recorded anything inside the royal residence.