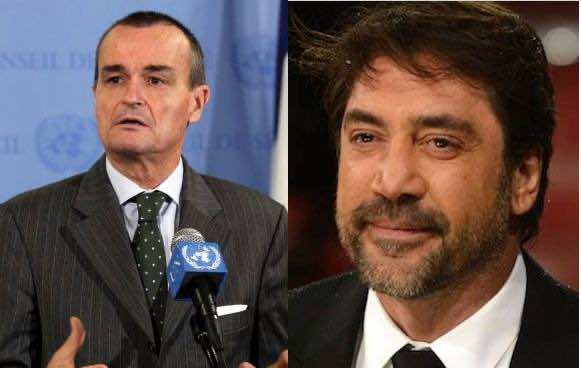 By
Larbi Arbaoui
-
Larbi is a freelance writer and assistant editor at Morocco World News.
Apr 10, 2014
Spread the love

Taroudant, Morocco- According to Atlasinfo, Gérard Arraud, Ambassador and Permanent Representative of France to the United Nations in New York, will leave his position in July. He will be replaced by Jacques Audibert, Director General for Political and Security Affairs at the French Ministry of Foreign Affairs.

Ambassador since July 2009, Gérard Arraud was accused by the Spanish actor Javier Bardem, known for his unwavering support for the Polisario, of making a disparaging remark about Morocco.

Bardem told French media last February that, during a meeting he had held with France’s Ambassador to Washington in 2011, Arraud had commented that “Morocco is a mistress who you sleep with every night, who you don’t particularly love but you have to defend.”

Bardem’s allegations stirred uproar in Morocco and caused the relations between the kingdom and France to enter a period of turbulence ad tension.

Following Bardem’s statement and the ensuing diplomatic crisis it caused, the French Ambassador threatened to sue the Spanish actor but did not follow through.

This incident came few days after a lawsuit was filed by an NGO in Paris accusing Moroccan intelligence chief Abdellatif Hammouchi of “complicity in torture.” A French judge sent 7 policemen to the Moroccan ambassador’s residence to inform Hammouchi, who was believed to be accompanying the interior minister on a visit to Paris, of a summons issued to him by the investigating judge.

Rabat summoned the French ambassador to reject the torture allegations, protested the lawsuits, and described the alleged comments by France’s UN envoy as “scandalous and unacceptable.”

Since these incidents, the relations between the two allies have not yet returned to normal. The climate of tension between Rabat and Paris was confounded by the un-diplomatic way in which Morocco’s foreign Minister, Salaheddine Mezouar, was treated while he was in transit at Paris Charles de Gaulle airport. The Moroccan Minister was subjected to a thorough search by the French customs officers, and was asked to remove his coat, belt and footwear.

It is unclear, however, whether this change at the head of the Permanent Mission of France to the United Nations in New York is related to Araud’s alleged statement about Morocco, or if it is part of the recent reshuffling of the French government.