Vancouver - The fall of the Syrian regime can mark the dissolution of Iranian-Syrian relations, and perhaps the Shiite bloc. 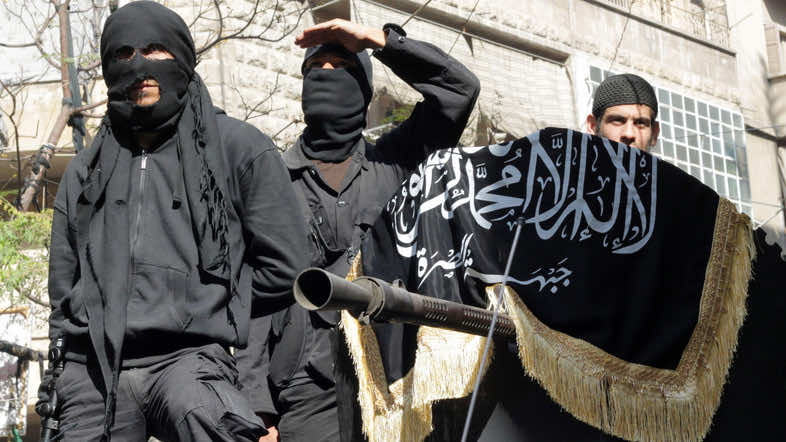 Vancouver – The fall of the Syrian regime can mark the dissolution of Iranian-Syrian relations, and perhaps the Shiite bloc.

The Alawite ruling bloc in the Syrian regime is a minority within the majority Sunni population. This can come with great damage to Iran’s geopolitical sectarian agenda of the survival of the Shiite bloc extending from the Mediterranean Sea (Lebanon) all the way to the Persian Gulf through Syria and Iraq (Ambrosio 3).

Saddam Hussein’s collapse saw the country fall in the hands of the Shiite majority. It is for this reason that Iran’s top priority is to see the survival of the Assad regime, predominantly through proxy war. Iranian directives for Hezbollah’s intervention in Syria, their arming of the regime with Iranian and Russian weaponry, and rumors of the Iranian revolutionary guard’s involvement in Syria are all the means through which the Iranians want to ensure the Syrian regime’s survival. Iran sees the Al-Assad’s regime as absolutely pivotal, to the extent that a Shiite Iranian cleric Mehdi Taeb was reported stating that “losing Syria is like losing Tehran,” he also labeled Syria as the 35th province of Iran. The strong will of the Iranian regime to defend the Syrian regime is one of the many factors that have led to the transition of the initial humanitarian crisis to a sectarian proxy war.

Today, the firm stance that the Gulf Monarchies have adopted against Iran’s sectarian position, to which the Assad regime is essential came as a no surprise to the world. Hafez Al Assad, Bashar’s father- supported Iran in the Iraq-Iran war, a move that the Gulf monarchies may have interpreted as offensive. Iranian relations with the Gulf monarchies have always been tense due to historic incidents. The Iranian claim to islands off the coast of the United Arab Emirates have been a source of tension, as well as Iran’s support of the Shiite citizen majority in Bahrain, a member of the Gulf Cooperation council (Ambrosio 3).  It is also reported that Iran supported the Yemeni Houti Shiite militias in their clashes with Saudi Arabian forces at the Yemeni-Saudi border. One can argue that Tehran’s stance is purely sectarian in this matter, its hypocrisy with regards to supporting the Shiite majority in Bahrain and the Shiite minority in Syria are strong indicators. Retaliation by the Gulf has always been anticipated by the Shiite bloc, and it appears as though this has been prevalent in the Syrian crisis.

The Sunnite bloc of Arab countries does not have aligned interests over this crisis, and this is why I choose to use the “Gulf Monarchies” description (Ambrosio 3). Many predominantly Sunni states in the Arab World have limited involvement beyond verbal, such as North Sudan, Algeria, Morocco, Tunisia, Mauritania and others.  However, the Sunnite states Saudi Arabia, Qatar, Kuwait, The United Arab Emirates, Jordan and Turkey are deeply involved in financing Military proxies in Syria (Orlov). This financing through private donors that set up charities across social media, contribute to the armament and training of these Sunni military proxies.

It is reported that many Gulf businessmen were spotted in villages in Turkey nearby to the Syrian border in efforts to donate to charities set up by Sunni proxy militias. It was also reported that venues in Jordanian cities were set up where one is able to recruit Syrian individuals to join proxy fractions. A notable Kuwaiti-sponsored organization named Al-Ummah with 14 offices in different Arab countries set up fundraising events to finance proxy factions in the Syrian crisis. The Kuwaiti founder of the movement sees his interests aligned with Al Qaeda when he described terrorist Osama Bin Laden as a “Lion of Islam”.

A recent leaked conversation between Senior Turkish Officials including the prime minister saw them discuss staging a coup that would appear as though Turkey’s sovereignty was violated by the Syrian Army, in order for Turkey to retaliate with a full-on invasion (“I’ll send 4 men from Syria, if that’s what it takes. I’ll make up a cause of war by ordering a missile attack on Turkey; we can also prepare an attack on Suleiman Shah Tomb if necessary“). Within the conversation, Yasar Guler a core general of the Turkish Army stated “Qatar is looking for ammo to buy in cash. Ready cash. So, why don’t they just get it done? It’s at Mr. Minister’s command”. In conclusion, the Sunnite bloc sees the Syrian crisis as an unsurpassable opportunity to combat Iranian Shiite influence in the region. There can be many repercussions to follow however, the Syrian crisis is expected to spill over to the region, most notably Lebanon, a country plagued with sectarian tensions.

Nonetheless, many political analysts see the United States’ Middle-Eastern interests as fading, yet its role is still considered primary. The United States is a strong ally of many of Syria’s neighbors such as Jordan, Saudi Arabia, Turkey, and the most distinguished of those Israel. Iran’s offensive stance towards Israel has long been perceived a threat by the United States, and the country’s desire to develop nuclear weaponry is up to date seen as a big dilemma. Iran was previously dubbed as part of the “Axis of Evil” alongside Iraq and North-Korea by former US president George W. Bush; only for Undersecretary of State Bolton to dub Syria as “Beyond the Axis of Evil.”

It was thus clear, that Syria and Iran constitute a threat to the United States’ regional interests in its capacity to harm Israel, the west’s strongest ally in the region. The 2006 Hezbollah-Israel war saw Hezbollah inflict substantial damage upon the Israeli Defense Forces, using Iranian and Russian made weapons. Thus, the United States’ sees it as fundamental to protect the Sunni Bloc of allies, a bloc that can drive change in Israeli – Arab relations and can promote peace and prosperity in the region.

It is reported on February 18th 2014 that Free Syrian Army fighters were attacked by anonymous Islamist Militias hours after they had undergone anti-tank and surface-to-air drills by CIA personnel on the Jordanian-Syrian border. It was also confirmed by ‘senior US and EU officials’ in September 2013 that CIA arm shipments of ammunitions and light weapons were successfully delivered to radical Sunnite proxy factions in Syria through the Jordanian and Turkish borders. It is thus without a doubt that the fall of Bashar Al Assad’s would be favorable for U.S regional interests.

In conclusion, external actors are involved merely for self-interest, and in a bid to extend influence in the region; all this at the cost of the Syrian people. Ambrosio argues that proxy militias in Syria such as the Al-Nosra front, The Islamic State of Iraq and the Levant, have shared radical ideologies with Al-Qaeda. A common goal of theirs is to establish a radical Islamist state in Syria.  If this is achieved, post Assad era, this state will be in direct disagreement with the ideologies of the financing states and the west (Ambrosio 5). It appears however that for the Sunnite bloc, it is more favorable to see a radical extremist state with conflicting ideologies as opposed to the Shiite Assad regime.

Numerous states do not recognize the Assad regime as a legitimate representative to the Syrian people due to the violence exercised against them by the government forces. However, a Crisis Group Middle-East report suggests that as the sectarian conflict raged between the Sunnite and Shiite blocs in Iraq previously, poll results argue that Hezbollah’s Nasrallah, Al Assad and Ahmadinejad were the most admired Arab leaders in six Sunni Arab communities (7). This leads to the conclusion that the on-going sectarian war was initiated by merely the political interests of the leaders of the Sunni and Shiite blocs. The establishment of a radical Sunni Islamist state in Syria my opinion would come as dismay to the leaders of Sunni bloc states and supporters, as human rights would be completely disregarded. One can argue however that Sunni minorities in countries such as Iran and Iraq are equally denied their rights, thus a strong Shiite state would not be an idealistic solution either.

The collapse of the Assad regime I believe would worsen the standards of living of many Syrians, and would result in anarchy worse than the Egyptian and Libyan examples due to the sectarian aspect. It would also see Lebanon go down the same path that would lead to a civil war; Hafez Al Assad has always regarded Lebanon as an extension of Syria, and sectarian war is already coming Lebanon’s way with a reported six bomb blasts in the Hezbollah stronghold of Beirut Al-Dahieh, and clashes in the Sunnite-Shiite partitioned city of Tripoli.

It is suggested by many political analysts that the solution to the Syrian crisis does not lie in the United Nations Security council, nor does it lie in foreign intervention, but it is to be resolved through peaceful means. It is with no doubt that a solution dealing mainly with the sectarian aspect of the crisis is what is needed. The Syrian crisis or as described the uncontainable proxy war, and the fact that it may spill regionally is an affirmation of that. Clawson argues, “What happens in Syria may not stay in Syria.” He suggests that the Syrian conflict puts the whole security architecture of the region at risk.