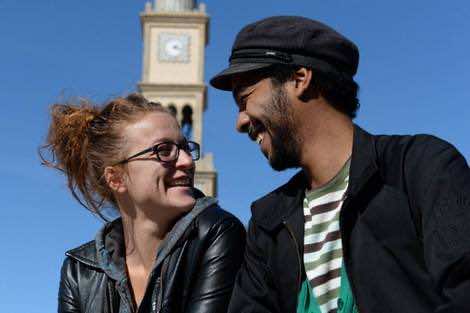 New Jersey – In a recent article by Zouhir Chbakou, he argues that cohabition is a fundamental right of any human being. However, much of his article lacked a solid foundation and his arguments lacked evidence.

As a progressive Moroccan (and one who supports the idea of more freedom), I would like to argue that sometimes a line is drawn, and cohabitation is one of those cases. It is not a fundamental right as Chbakou says, but a crime in this society.
I agree that many Moroccans, especially the young generation, are living in confusion and struggling between the old values of their parents and the new values they get from the media. The increasing problems of unemployment and financial insufficiency, added to so many other social crises, widen the gap of uncertainty among this large portion of Moroccan population. The impact of institutions such as family, mosque and school in correcting these confusions, is challenged by new forces of media, particularly the internet and the television.
Due to all these circumstances, we will continue to have drug and alchohol problems, as well as all other kind of corruptions. However, we will not have cohabitation as “a fundamental right” for one simple reason: Morocco has always been a family-based community and will stay this way forever. Its culture is mainly defined from its religion, meaning it is based on the Qur’an and Sunnah (the Prophet’s tradition). Hence, cohabitation, premarital sex or any personal commitment between a man and woman is considered immoral. When the couple is not even allowed to court or date before the wedding and must meet only with their families present, the cohabitation is entirely out of the question.
Because of this country’s strategic location, it has benefited from the knowledge of all people, which has kept this culture strong and dynamic for ages.  I agree that we would love to see Morocco enjoy and allow even more freedoms.  But, to make “Morocco a sexually liberated country,” as Zouhir Chbakou dreams of, would not be intrinsically a disaster, it will just provide the space for millions of disasters to occur.
Excessive increase of sexual freedom will cause a reaction in the opposite direction. We could end up with an unhealthy sexualized society that struggles with sex addiction, pornography, or other immoral sexual practices. The absence of moral restraint will certainly appeal to the destructive and disintegrative instincts and provoke greedy, self-centered and hence unhappy individuals.
What we really need in Morocco is to raise ideal, well-balanced men and women, who acquire some norms from their society and principles  from their cultural background. Without those social norms and cultural rules, the Moroccan society would not function as it currently does.  Alexis de Tocqueville said once: “The main business of religions is to purify, control, and restrain that excessive and exclusive taste for well-being which men acquire in times of equality”.
I am surprised to see Zouhir Chbakou tackling cohabitation in a way that makes it a major problem in Morocco, while his examples concerns a bunch of people who have no relation with the Moroccan culture at any point of their lives. He has given the example of some activist and someone who studied abroad or even might be raised in a different culture and brought a girlfriend from there. Those examples do not represent Moroccans at all. Most Moroccans, especially young adults do not favor cohabitation, because they are aware of the benefits of marriage.
Another problem with cohabitation is that it leads to domestic violence and family instability. Studies conducted by Linda Waite, a sociology professor at the University of Chicago, show that, “16 percent of cohabiting women reported that arguments with their partners became physical during the past year, while only 5 percent of married women had similar experiences.”

The Moroccan Family Code (Moudawana) projects an ideal lawful cohabitation, based on good conjugal relations by drawing up a contract of marriage that legally protects both parties. No documentation can be established for cohabitation outside of marriage. As a result, should a woman have a child and end up breaking relations with the man she is living with, she would be unable to protect herself and the children. She cannot have any property rights or be entitled to any financial support in caring for her children. Even worse, her children will never have any documentation that will allow them schooling or any other basic civil right of a citizen. So, what Zouhir Chbakou calls “mutually consensual sexual consent” is indeed a crime against those children, who will eventually find themselves in the streets with no security of a home or even a society that would embrace them.

I am wondering what kind of happiness he meant when he said, “Youth would be able to enjoy the benefits of companionship and cohabitation” when both man and woman are probably living in constant threat because of uncertainty, lack of trust, and zero commitment. Neither man nor woman will find happiness and well-being in living this way in the Moroccan society, because the feeling of guilt, shame, and alienation will haunt them.
Moroccans need to spread the awareness of the dangers of cohabitation and also to hold true to their values about sexuality and marriage. Most importantly, they need to teach their children to stand up for these values against the spreading selfishness combined with fear, insecurity, and anger against the society. 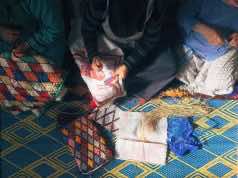 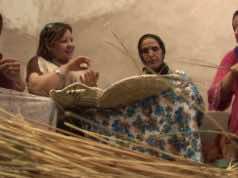