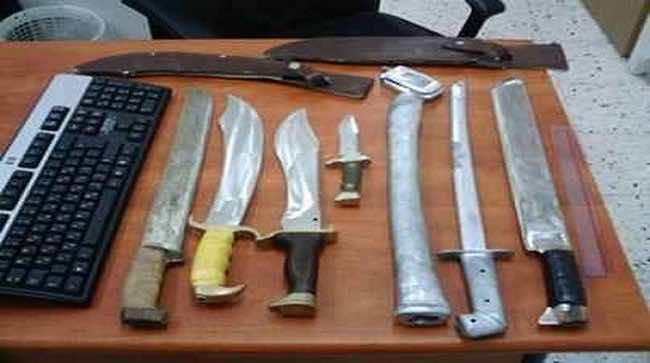 According to Maghreb Arab Press (MAP), Police investigators raided a business located in Derb Omar, wherein they found a stock of 167 swords and other white arms of different sizes.

The same source said the two Chinese, who run the same business, will be prosecuted for illegal entry into the territory and traffic of material considered dangerous for public safety.

The population of Casablanca and other Moroccan cities have been terrified in recent weeks by the increase of criminality due to the appearance of worrisome phenomenon, “Tchermil”, which refers to a group of criminals whose members specialize in extorting people’s belongings by threatening their victims using knives and swords. Members of this group are known for wearing expensive athletic clothes and having unusual haircuts.