Casablanca - Two Moroccans were discovered dead on Wednesday morning on a street in Turin, Italy. 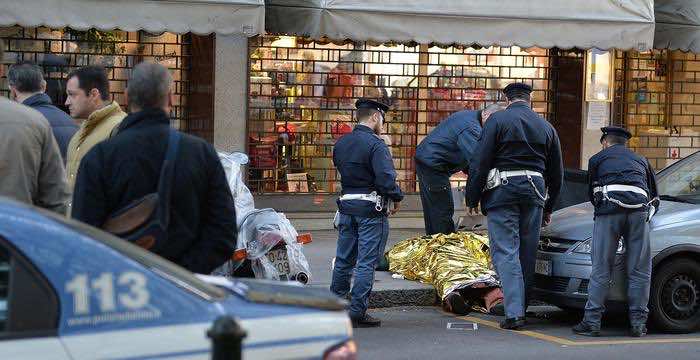 By
youssef sourgo
-
Youssef Sourgo is currently a Master’s student in Linguistic and Literary studies at Ain Chok Faculty of Letters and Humanities.
Apr 17, 2014
Spread the love

Casablanca – Two Moroccans were discovered dead on Wednesday morning on a street in Turin, Italy.

According to Italian newspaper Corriere della Sera, the bodies of two Moroccan cousins, 44-year-old Abdelhadi and 56-year-old Abdelhamid Berdi, were found in Turin after they had been stabbed to death.

A security guard allegedly raised the alarm at 5:30 am upon seeing one of the victims floundering after he had been attacked in the street. The police subsequently found the two men covered in blood on the Via Nizza near the Molinette Hospital in Turin.

One of the two victims suffered four stab wounds in the chest, whereas the other was fatally stabbed in the lung.

The murder weapon has not been found yet, and the police have not yet determined the number of attackers, according to the same source.

Abdelhamid Berdi left behind a wife and a child, according to the Italian newspaper.