Rabat- The French Air Force has recently handed the Moroccan Royal Air Force three Mirage F1- B, which are France’s most successful fighters. 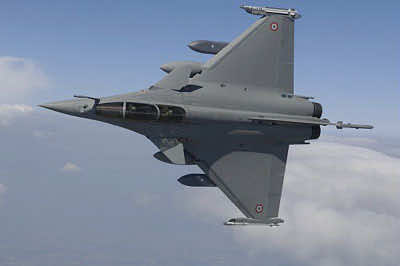 By
Aziz Allilou
-
Aziz Allilou is a student at the Higher Institute of Media and Communications (ISIC) and Morocco World News correspondent in Rabat.
Apr 22, 2014
Spread the love

Rabat- The French Air Force has recently handed the Moroccan Royal Air Force three Mirage F1- B, which are France’s most successful fighters.

Boosting the military corporation between the two strategic partners, France put three Mirage F1- B jet fighters in the service of the Moroccan Royal Air Force after the French Air Force tested them.

Moroccan pilots will deploy the old fighter aircrafts in Royal Air Force exercises, according to Almassa.

According to the same source, the distinctive single-engine fighters were handed to the Moroccan army after Dassault Aviation, the manufacturing company, improved the fighter’s traditional delta wing design in order to facilitate the ability to use rudimentary runways.

Last year, the Mirage F1- B was deployed to support the Baltic Air Policing mission in Lithuania and the French-led operation against extremists in Mali.

Since 1966, this type of fighter jet has been exported by Dassault Aviation to the Middle East, Latin America, Europe, and Northern Africa, particularly Libya and Morocco.

These three aircrafts will boost the Mirage F1- B collection of the Royal Air Force, which has already acquired 27 jet fighters of this kind.