Goulmima - Human beings are bestowed with gifts of all kinds and yet very few succeed in bringing these gifts to their potential and make masterpieces out of them. 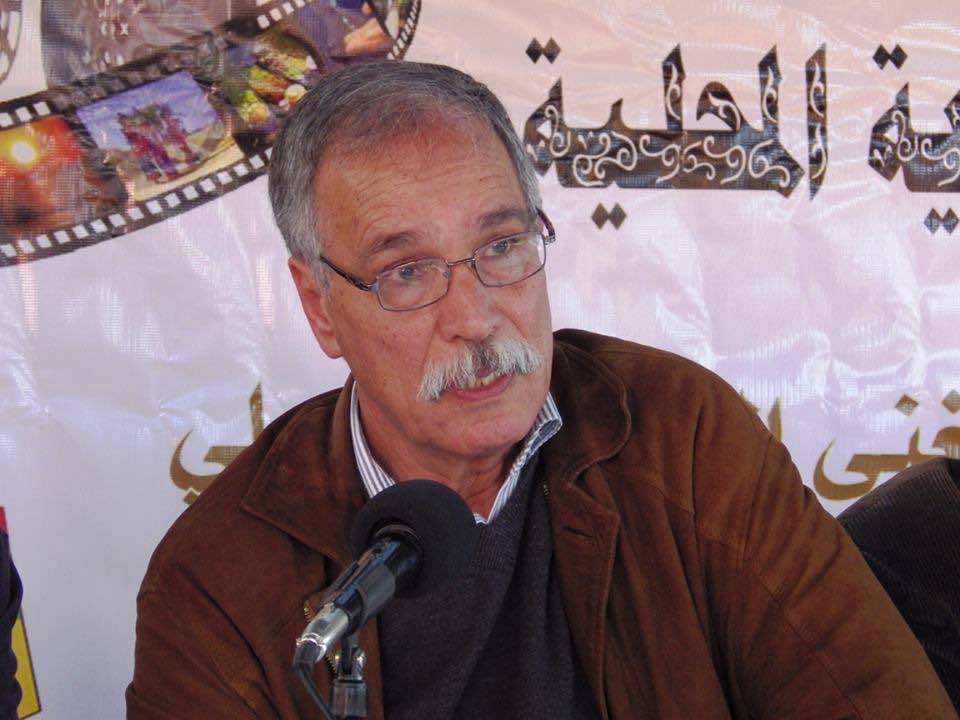 By
Mona Badri
-
Mona Badri graduated from King Fahd School of Translation with a Master's degree in Translation.
Apr 22, 2014
Spread the love

Goulmima – Human beings are bestowed with gifts of all kinds and yet very few succeed in bringing these gifts to their potential and make masterpieces out of them.

The faculties of speaking and writing are such invaluable gifts yet how many times have we been at a loss of finding the right word or when language fails us? Writers and poets have honed those skills and like magicians, they manipulate words artistically  and with wit to produce an entire manuscript or an image such as “the beauty of a garden.” Strikingly, such refined skill mostly emerges and shines in an environment with limited resources.

Ksar-es-Souk or “Errachidia” is a city in southeastern Morocco whose citizens have gained a remarkable reputation among Moroccans for their hospitality, absolute integrity. The city is also known as being the womb of artists, geniuses, and writers who defy the scarcity of resources and choose to break the wall that has isolated the whole region for years.

Moha Souag is an imminent writer and poet who devoted his life to the symphony of words and whose writings went beyond the majestic mountains of Errachidia and the physical borders of Morocco. He received the “Meilleure Nouvelle en Langue Francaise” awards offered by RFI in 1991 and the Atlas awards in 1998. Mr. Souag disclosed to MoroccoWorldNews the following details on his outstanding experience with writing:

MWN: Would you please talk about your hometown?

Moha Souag: I would say that Ksar-es-Souk “today’s Errachidia” is where I spent most of my childhood and my teenage years and where I also worked for years.

MWN: When did you start to discover that you are passionate about writing?

Moha Souag: I was introduced to the power of words at an early age through listening to short stories and elder’s tales. Their words that make you laugh and cry have a magical power. So I grew an interest in learning languages in general and little by little I tried to find my way towards this capacity to speak and express myself. I started writing since I was a student in Sijilmassa Secondary School in Ksar-es-Souk. I had this dream to establish order in the world, to change it, and to create it through the magical power of words. 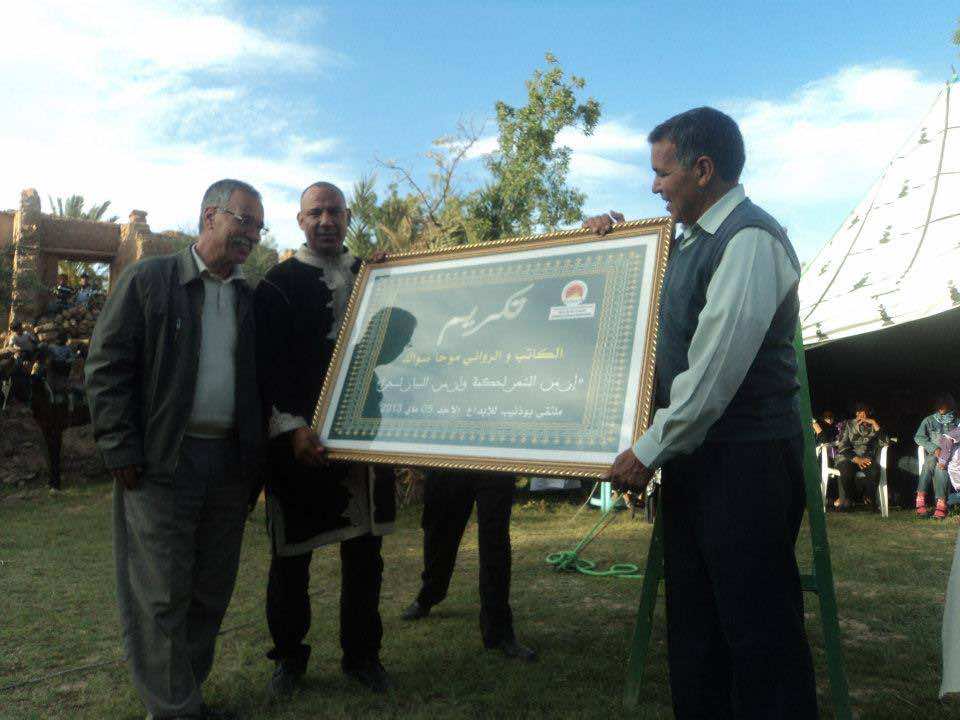 MWN: What inspires you?

Moha Souag: Day to day life and my relationship with people are my major sources of inspiration; however, reading and cinema significantly helped me frame my writings.

MWN: Why is writing so important to you?

Moha Souag: It is said that “if you don’t talk about something, it means that it did not happen.” If the spoken word was the only means in our society to handle important events, everybody knows that words go with the wind and only written words remain. On the other hand, writing is an integral part of our existence and the survival tool of our society. Every population and every nation has produced a culture, and an art. I think that my society is moving from an oral culture towards a written one.

MWN: Did you face any obstacles in your career?

Moha Souag: Countless! But it is part of the game. A young country that is “under construction” is like a blind person, he stumbles, but the big challenge is to find a way or a solution to every problem.

MWN: Do you think that writers and poets in Morocco have the status they deserve?

Moha Souag: The challenge with art in general is combining individual and collective adventures. It is a matter of abstract creativity but at the same time an industry. A writer needs a pen and a piece of paper, but writing a novel takes a print shop. Making a movie takes a camera, but screening a movie or making copies of it is very costly. By the same token, painting or making music do not require that much compared to what it takes to produce such works… So, at the individual level, there are abundant creative talents, the problem is with the state, logistics, follow up, and pedagogical organization. Neither the state nor the sponsors understand that art is a field of investment and a means of evolution for a nation.

MWN: Do you think that poetry plays a role in preserving cultures?

Moha Souag: Preserve, I cannot tell! But a culture is supposed to contribute to the advancement of a nation. There is no such thing as stagnant culture.

MWN: How can we encourage youth to enroll in writing?

Moha Souag: By offering them support and encouraging them to express themselves. Thus, whoever can write, should write. Writing is a testimony on our societies and different generations. It is not up to a writer to judge his own work- a writer provides his testimony, emotions, sensations, and feelings and it is up to history and time to maintain what is valuable and throw away what is futile. 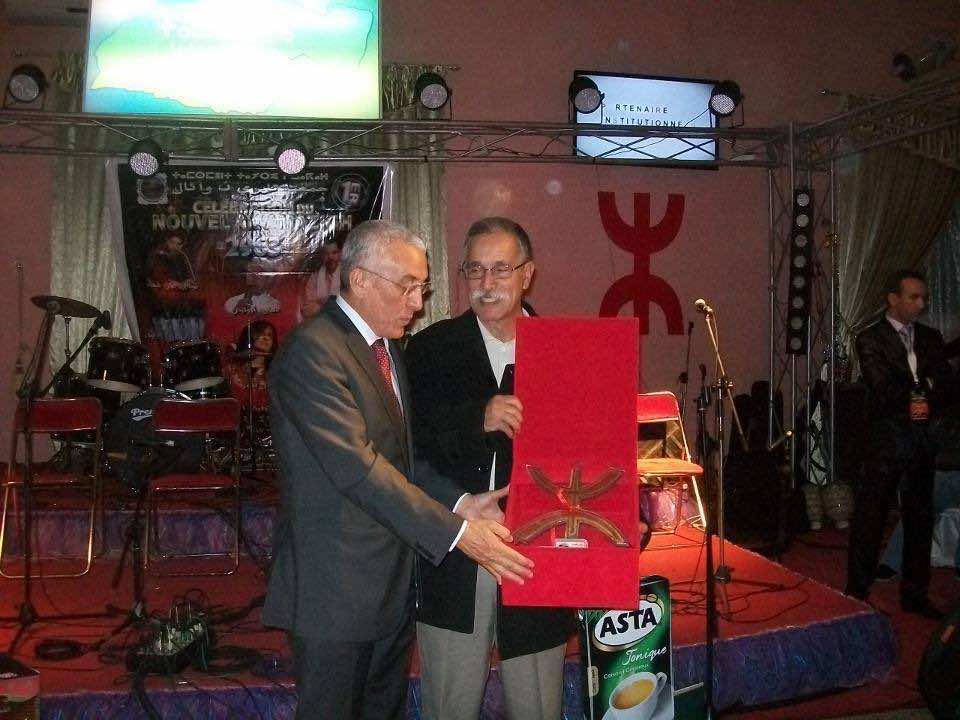 MWN: What are the challenges that poets and poetry face in Morocco?

Moha Souag: Finding a channel of communication, reaching out to readership in the languages that represent them the most, walking towards the reader and fighting against illiteracy and ignorance.

MWN: What is your opinion on the Moroccan Art scene?

Moha Souag: It is a world where the so-called intellectuals spend long hours talking about art instead of dealing with its problems and obstacles.

MWN: What is/are your favorite language(s) that you enjoy writing in?

Moha Souag: My mother tongue is Tamazight and French.

MWN: Can you provide a list that you recommend for readers?

Moha Souag: It is a long list. I will give you the book title of my very first book collection published in 1979 “L’Année de la Chienne” and my very last novel published in 2014 entitled “ Nos plus Beau Jours”.

MWN: Who is your target audience?

Moha Souag: everyone who can read and who has the means of access to culture, and by means I mean intelligence and financial access.