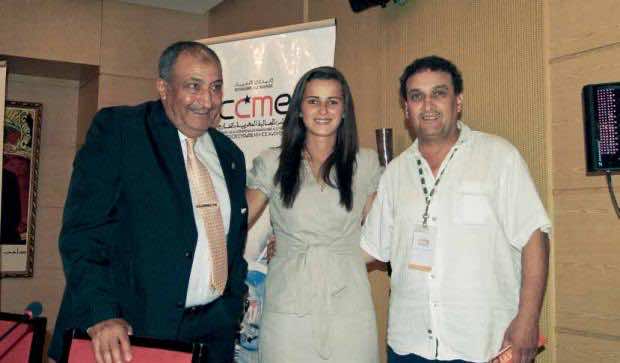 By
youssef sourgo
-
Youssef Sourgo is currently a Master’s student in Linguistic and Literary studies at Ain Chok Faculty of Letters and Humanities.
Apr 22, 2014
Spread the love

Born of Moroccan parents, she grew up in Berchem, Belgium where she joined the RSC Anderlecht youth at the age of 15. She started playing in the Belgian club’s first division after only a few months of enrollment. One year later, she moved to FC Malines (Mechelen KV), where she played on the first team for three seasons.

In 2009, she signed with DVK Haacht for a year, and then played on several other teams before rejoining RSC Anderlecht, where she has been playing since 2013.

Ibtissam Bouharat is also a student at the Solvay Brussels School of Economics and Management, where she is pursuing a Master’s in Business Engineering. She also speaks six languages: French, Dutch, English, Arabic, Spanish and German.

After playing in Belgium for four years, Ibtissam decided to play for the Moroccan national team. “It was always a childhood dream to play for my country,” Ibtissam said in an interview with Le Nouvel Afrique magazine.