Fez - Malian President, Ibrahim Boubacar Keita, began on Tuesday evening a visit to Morocco to attend the 9th International Agriculture Fair in Morocco (SIAM) which takes place on April 24-May 3 in Meknes under the motto "Local products." 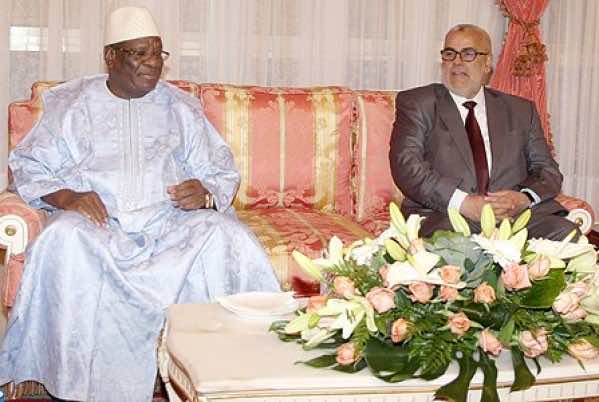 Fez – Malian President, Ibrahim Boubacar Keita, began on Tuesday evening a visit to Morocco to attend the 9th International Agriculture Fair in Morocco (SIAM) which takes place on April 24-May 3 in Meknes under the motto “Local products.”

On his arrival at the airport of Fez-Saiss,  the Malian Head of State was greeted by Head of Government, Abdelilah Benkirane.

Boubacar Keïta was also greeted by Minister of the Moroccan expatriate community and Migration Affairs, Anis Birou and the Wali of the Fez-Boulemane region,  Mohammed Dardouri.

Upon his participation in Meknes on Wednesday in the 7th Symposium of Agriculture, organized under the motto “The family agriculture”, the Malian President will attend the official opening of SIAM, scheduled for Thursday.

The President of the Republic of Guinea, Alpha Condé, arrived in Fes earlier in the day to attend the 9th session of SIAM.