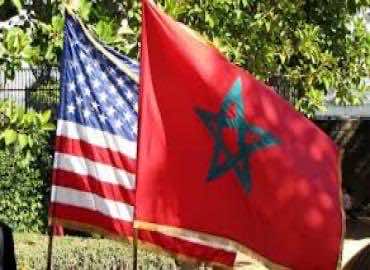 Washington – Morocco is poised to becoming a hub for investment and finance in the African continent and beyond thanks to an integrated and anticipatory policy and an infrastructure that meet international standards, said, Tuesday in Washington, chairman of the US trade chamber in the Kingdom Walter Siouffi.

Thanks to a reforming dynamic tailored to the needs of foreign investors and cutting edge infrastructure, in addition to a very skilled labor, Morocco is becoming a key business platform in the region, said Siouffi who was speaking at a conference held at the headquarters of the US trade chamber under the theme “Morocco, gateway to three continents,” in the presence of Morocco’s ambassador to the USA Rachad Bouhlal and prominent figures from the business sphere.

He recalled the growing number of international companies operating in important sectors as the aeronautics and finances which chose Morocco to broaden the scope of their activities, noting that these multinationals are encouraged by infrastructure made available for them such as the Casablanca aeronautics free zone “Midparc” and the “Casablanca Finance City”.

Siouffi, also CEO of the Citibank Maghreb, underlined that Morocco adopted concrete measures to boost and protect investment, adding that this approach favored an openness on the world and a modern institutional reorganization.

He noted that Morocco, which boasts economic assets and a strategic geographical location, is an attractive platform for US businesses wishing to explore the African and European markets.