Casablanca - In a village in Taourirt, a city in northeast Morocco, a mentally challenged child has been chained in a cave-like place for nearly seven years. 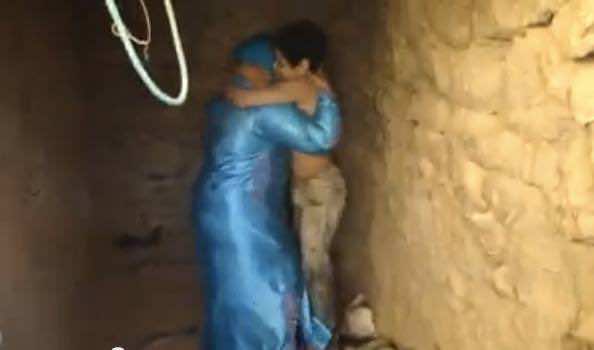 By
youssef sourgo
-
Youssef Sourgo is currently a Master’s student in Linguistic and Literary studies at Ain Chok Faculty of Letters and Humanities.
Apr 23, 2014
Spread the love

Casablanca – In a village in Taourirt, a city in northeast Morocco, a mentally challenged child has been chained in a cave-like place for nearly seven years.

A shocking video shared on Youtube, entitled “Moroccan people, you’re all responsible for this child,” shows 13-year-old Faycal, topless with his left leg chained to a wall, as he hungrily leaps toward the food that the villagers and his mother hand him.

In the video, the child’s mother explains that she does not have the means to afford the medical care Faycal needs. Instead, she decided to isolate her son in a cave-like, four-meter-square room, where he has been living for seven years.

“I’ve knocked on all doors,” the mother bitterly explains in the video, “I took him everywhere, to Rabat, Khemisset and Fez, but no one wanted to keep him.”

According to the mother, the child suffers from a mental disability that makes him hyperactive and aggressive. She explains that she had to isolate him in a place on his own and chain him to a wall for his own safety.

“I’m asking for the help of the local authorities to help me build a house on a plot of 100 meters that I own, in order to get my son out of this situation,” explains the mother in the video.