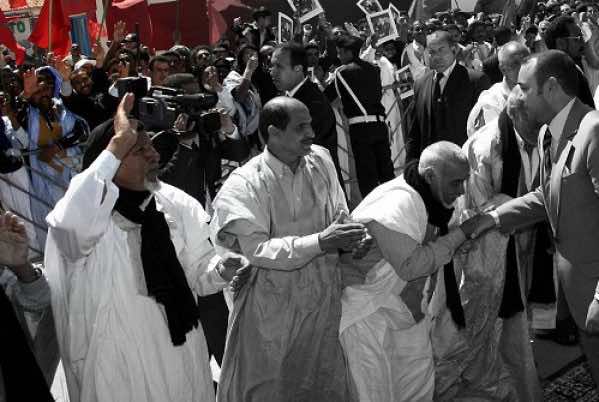 San Francisco- There are many suggestions floating around on how to win the cold war between Morocco and Algeria and consequently defeat the Polisario, the separatists supported by the Algerians.

Some say that we are losing the battle in the online world and that Morocco is left behind in that front. A simple skirmish between a police officer and few separatists in the city of Layoone gets magnified, recorded, videotaped, edited and immediately sent to NGOs supporting the rebels to put it out there for the world to see, forcing Morocco’s back against the wall.

Others say that Morocco should tap into the Moroccan community living abroad to defend the sacred cause. Moroccans outside the kingdom tend to be more concerned when it comes to defending the Moroccan Sahara, mainly because they are more exposed to the lies that the enemy spreads around. Moroccan news outlets do not like to report bad news with the thought that showing the Polisario faring better will only empower them. They are oblivious to the fact that Moroccans need to hear bad news in order to get their act together and start fighting tooth and nail for the cause.

Others indicate that Moroccan political parties are dormant and their lack of action gives the impression that they are more concerned with other internal issues and do not care much about the Sahara. They perceive that the involvement of political parties is paramount to the supreme cause and unless Moroccan officials show the world that Moroccans are united, the enemies of Morocco’s territorial integrity will always try to paint that their issue is with the monarchy and not with the people of Morocco.

One other suggestion that seems to stick is that Moroccan authorities should go all out to explain the autonomy plan in detail — basically redesign and resell the plan to the international community in order to get the sympathy and understanding of those involved.

While some of the suggestions may have some merit, they do not address the real core issue, which is a relentless enemy who has deep pockets to continually raise obstacles to defeat any solution.

Moroccans need to understand that resolving the Sahara problem is not in the interest of Algeria. The latest Algerian presidential elections clearly indicated that no one is interested in even talking about reconciliation with Morocco, and those like Ali Benflis who did,  placed conditions on Morocco to start any talks.

It’s no secret that the French, Americans, Chinese,  Russians, and many others are not interested in seeing peace in North Africa. A United Maghreb means less leverage for them. For instance, in the last 5 years, Morocco and Algeria spent billions on weapons; the money spent on weapons has created jobs in those countries and impoverished people in Morocco and Algeria.

One thing Morocco has not tried is to hit the enemy where it hurts the most: Tindouf camps.

The Polisario succeeded in portraying Moroccans as evildoers and that has to change. How? The answer is very simple: implement the autonomy plan.  This plan will allow people of the Sahara to run their own affairs without interference from the Moroccan government.  This will place a tremendous pressure on the enemy to do the same, and they will not be able to because Tindouf is an “Algerian territory.”

Being proactive on Facebook and Twitter, explaining the Moroccan plan to others, or involving political parties and Moroccans living abroad will not solve the problem alone.  We need something concrete that the Sahraouis  can, see,  feel and live and that can be accomplished in autonomous Sahara.  Anything else will be a mere extension of the status quo, which benefits the enemies rather than Morocco.

I sincerely hope that the king Mohammed VI of Morocco gives the autonomy plan the green light.  Morocco can no longer get played by the Algerian military Junta. We are and we should be better.