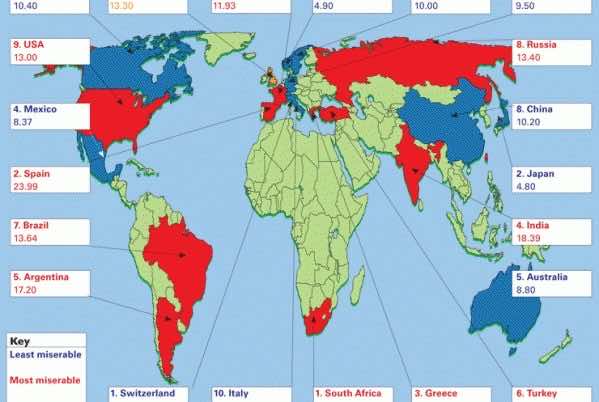 Rabat- Morocco Ranks 58 in the ‘Most Miserable Countries in the World.’

According to the Cato Institute, a conservative public policy think tank in Washington D.C, Venezuela tops the list as the most miserable nation on the globe “with an index value of 79.4.”

The factors used to calculate the misery index list includes inflation, unemployment, lending rates and the growth of GDP per capita.

The same source added: “a simple sum of inflation, lending rates, and unemployment rates, minus year-on-year per capita GDP growth — is used to construct a ranking for 90 countries.”

Inflation was the major contributing factor in the misery index, accounting for Venezuela and Iran’s high rankings. For other countries, unemployment and interest rates were the determining factors, as is the case with Algeria, 46th with an index value of 16.8.