Nador - Facing a slew of angry responses from Muslim students, Brandeis’ president, Frederick M. Lawrence called off the decision to grant Ayan Hirsi Ali, a staunch critic of Islam and its treatment of women, an honorary degree. 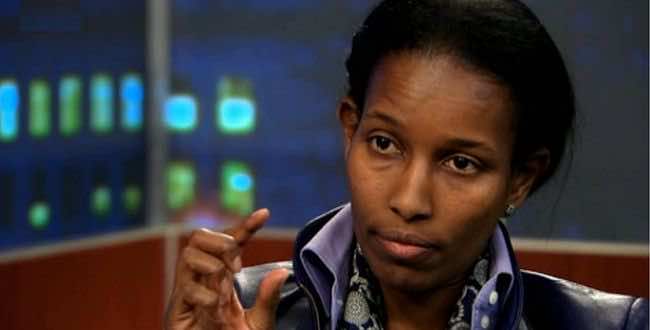 Nador – Facing a slew of angry responses from Muslim students, Brandeis’ president, Frederick M. Lawrence called off the decision to grant Ayan Hirsi Ali, a staunch critic of Islam and its treatment of women, an honorary degree.

A native of Somalia, Ayan Hirsi Ali was raised in a very strict Muslim family. She has published and spoken of her bitter experiences as a Muslim girl in East Africa including genital cutting and her family’s attempt to force her to marry against her will. These experiences have led her to renounce her faith in her 30s and endorse atheism arguing that religion is “a destructive, nihilistic cult of death.”

In 2007, an interview with Reason Magazine featured Hirsi’s hatred towards Islam where she states “once it’s defeated (referring to Islam), it can mutate into something peaceful. It’s very difficult to even talk about peace now. They’re  (Muslims, sic) not interested in peace. I think that we are at war with Islam. And there is no middle ground in wars.” In another interview for the London Evening Standard, she supported the closing of Islamic Schools in the West and said that “violence is inherent in Islam….Islam is the new fascism”

When news of the award circulated, bloggers opposed the decision to honor Ms. Hirsi Ali who had helped establish the AHA Foundation, a foundation aiming to empower women and protect their rights from religion/culture based alleged oppression. This was followed by an online Change.org petition initiated by a Brandeis student. Within a few days, the Council on American-Islamic Relations contacted its members through social media, urging Lawrence to remove Ms. Hirsi Ali from the list of honorary degree recipients.

The Council on American-Islamic Relations sent Mr. Lawrence a letter describing Ms. Hirsi Ali as a “notorious Islamophobe.” Ibrahim Hooper, a spokesman for the group, said in an interview he did not “assign any ill will to Brandeis” and that “they just kind of got fooled a little bit.” This statement reinforces Brandeis’ declaration that it was not aware of Ali’s recorded negative comments on Islam though those statements have been widely publicized.

Days later, Hirsi was interviewed by numerous journalists. In a statement, published by the Boston Globe, she wrote “The slur on my reputation is not the worst aspect of this episode. More deplorable is that an institution set up on the basis of religious freedom should today so deeply betray its own founding principles.” She criticized the decision arguing that the university bowed to critics whose main aim is to silence her.

Personally speaking, I think Brandeis’ claim that it was not aware of Hirsi Ali’s openly hateful views towards Islam is merely a two-fold excuse—firstly, minimizing Muslim petitioners’ annoyance and secondly, redeeming the university’s reputation. I content it is impossible for a prestigious university like Brandeis to award honorary degree without conducting research on the recipient’s works. Hirsi Ali’s fierce criticism of Islam is explicit in almost all her writings and interviews. Thus, granting such a figure an honorary degree is to affirm her anti-Islamic ideology. This attitude would be perceived differently if Brandeis invited Hirsi Ali as a guest speaker so as to direct the audience’s attention toward unknown or thorny views that the institution does not support.

I want to clarify that I am not against Hirsi Ali’s freedom of expression because I strongly believe her views are shaped by her very personal real experiences. She is free to express herself through any means without being silenced. However, Brandeis’ decision to include a fierce critic of Islam in the list of honorary degree recipients is disillusioning and contradictory to the institution’s core values.