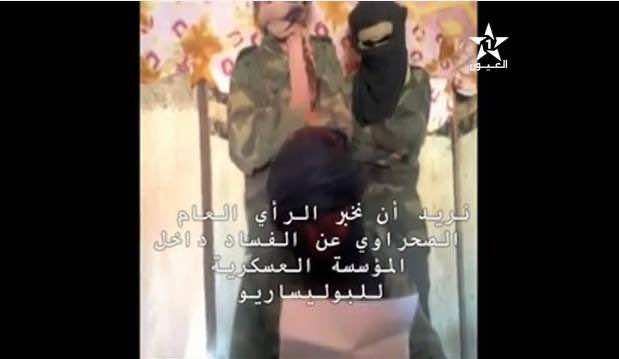 By
Larbi Arbaoui
-
Larbi is a freelance writer and assistant editor at Morocco World News.
Apr 26, 2014
Spread the love

Taroudant, Morocco- Following the release of a series of videos posted on YouTube showing young Sahrawi activists protesting the alleged miserable conditions in which they are living under the Polisario leadership, a new video, posted on YouTube on April 25, showed militiamen who had been recruited in the fighting groups of the Polisario Front declaring their dissidence from the front and joining the Saharawi revolutionary movement  “Shabab Attaghier” – Youth for Change.

The video, posted on YouTube by Laayoune TV channel, shows the declaration of the alleged military men of Polisario, who claim to be motivated by the desire to fight against “the corrupt leadership of the Polisario” and uncover “its various forms of trafficking and to denounce its violations of human rights.”

“In the framework of a precise campaign for the truth in the Tindouf camps, we are members of the Polisario army units that recently joined the Youth for Change, and we would like to inform the Saharawi public opinion on the corruption of the leaders of Polisario,” says one of the speakers in the video.

The same source added that “the main purpose of the leaders of Polisario is collecting money through embezzling the fuel destined for the camps and reselling it expensively in Mauritania and to groups in the north of Mali.”

Last week, sixteen refugees in the Tindouf camps in the Algerian territories decided to reside permanently in Morocco after the exchange of family visits that took place on April 16, under the supervision of the UN High Commissioner for Refugees (UNHCR).

In opposition to the leadership of Polisario, the young Sahrawi activists of the movement “Youth for Change”  called on Saharawis to “break the gag of silence imposed on them by the Polisario leadership” and called on the international community to find an urgent solution to their unending suffering inside the camps.

Last January, a wave of protests broke out in most of the camps in Tindouf, during which young Saharawis demanded the ability to exercise their inalienable rights—namely, the right to freedom of expression and movement and the right to having decent employment.