Marrakech- Mark Willenbrock is an explorer and entrepreneur who spent over ten years in Morocco. He runs a Moroccan tourist transport company specializing in the Sahara and Atlas mountains. Mark lives with his Moroccan wife and daughters in a traditional riad in the Fes Medina. MWN recently met with him for this interview.

MWN: What makes tourism in Morocco so attractive and unique? 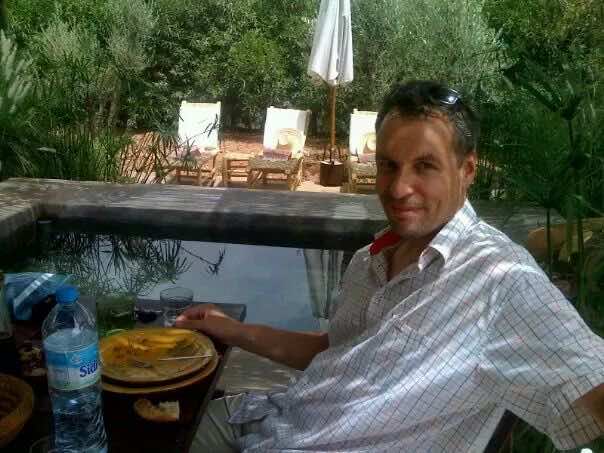 Mark Willenbrock: I think it’s the combination of safety, accessibility, and cultural diversity. The cultural mix and landscape is something associated with long-haul destinations, yet – at least for Europeans – it’s a budget airline flight. It’s interesting that many of our American guests do not understand that there is the possibility of extending a European tour to Morocco for a nominal amount. That’s something the Moroccan tourist board might want to address.

Yet it is the safety that is most important. Even before the Arab Spring, no other country offered the degree of access to remote areas of the Sahara with complete safety. I have pictures of my youngest daughter in the Sahara at 3 months old, in the arms of a nomad. Friends were appalled – how could I expose her to such risks? My answer is that central London is more dangerous.

Desert expeditions in Egypt, again before the recent instability, were only possible with an armed guard in the vehicle – something that would unnerve me more than the potential risk! In Morocco, there is a double line of police and military posts every 3 miles on some sections of the border. My nomad friends tell me there is a radar system that picks up anyone heading east. Whatever technology is in use, it is extremely effective.

MWN: Some thoughts on the North, which is under-visited by tourist?

Mark Willenbrock: The Rif has an entirely different character to the rest of Morocco, and indeed tried to separate in the aftermath of the French and Spanish occupation. It’s interesting that a buccaneering British military officer – Captain Charles Gardiner – helped to print their currency, the Riffan. Today, it’s diversity is still a surprise. There’s something almost Caribbean in the lush green valleys and tin-roofed farms.

MWN: Why is Meknes comparatively unvisited by tourists and what does it have to offer?

Mark Willenbrock: The only reason Meknes is comparatively unknown is its lack of an airport. This seems to have removed it from the itinerary of most international visitors. To me, the town is one of Morocco’s best-kept secrets. If you want to see what Marrakech was like before the jet set arrived, visit Meknes. It’s another Berber city, like Marrakech, and a sharp contrast to its more serious, Arab neighbor, Fez. There’s a joie de vivre present in the town’s central square that is the nearest approach to Jamae el Fna, yet tourists are really only notable by their absence.

The medina is modest but fun – and completely overshadowed by the vast Imperial City built by Sultan Moulay Ismail next to it. Note that Meknes is the only Imperial City to actually have a physical Imperial City… the vast walls surrounding the palace complex, built by the legendary, violent, but surprisingly effective Sultan,  Moulay Ismail, dwarf those of the medina. A prolific – perhaps compulsive – builder, Moulay Ismail’s capital was embellished with riches looted from Marrakech and the equally extraordinary Roman capital, Volubilis. The palace itself is firmly closed to visitors, but you can visit the subterranean prisons, the Ambassador’s pavilion, the vast granaries and the ruins of the imperial stables. Most interesting of all, though, is the chance to visit the mausoleum of the old tyrant himself. Moulay Ismail’s burial complex is open to non Muslims and gives a visitor to Morocco the best possible idea of the peace and tranquility to be found in the Kingdom’s religious buildings. Moulay Idriss’ mausoleum in Fes remains firmly shut to non-Muslims.

MWN: What are tourists, particularly British tourists, really looking for?

Mark Willenbrock: To most British tourists, Morocco is short weekend break. Blame it on the cheap flights if you will, but it’s seen in a similar vein to Prague. Marrakech and Fez are fun places to visit for a few days, but it’s sadly rarer for the British to devote the time to getting deeper into the country and out of the cities.