Rabat - His name was Sami and his friends called him Sam, like the name of that fierce pit bull guarding the neighborhood. But Sami actually was neither a neighborhood guard nor a security agent as we may think. He was simply a jobless, rejected, ignored, unknown citizen. 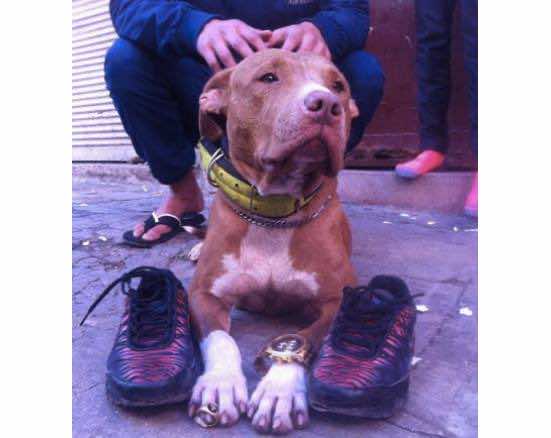 By
Salim Fahfouhi
-
Salim Fahfouhi is a student of English literature at Mohamed V University in Rabat.
Apr 29, 2014
Spread the love

Rabat – His name was Sami and his friends called him Sam, like the name of that fierce pit bull guarding the neighborhood. But Sami actually was neither a neighborhood guard nor a security agent as we may think. He was simply a jobless, rejected, ignored, unknown citizen.

Being from a poor family, Sami was not able to pursue his elementary education. Unable to afford himself remedial courses and unable to succeed, he dropped out of school at the age of thirteen. He started working in a garage as a mechanic’s assistant. Eight years passed in this job, being exploited, given a salary that is only enough to feed himself; but,he has never forgotten his dream, though—his dream to pursue his studies. He sees old classmates graduating, getting hired, getting married, having a family, while he still works in the same garage. He revolts against his working conditions and gets fired.

Sami must find an alternative. He starts looking for a job that can gratify his needs to emulate those old classmates. But his search is to no avail. Those kinds of jobs require diplomas, something our Sam never got. Being rejected, he begins to accept this reality, but refuses to be submissive to the other one: that reality where those without a diploma have to be exploited. Poor Sami does not know that even those with that piece of paper continue to struggle. He decides, then, to go back to school, to give it another try; but with no money and with no support from the government, he is slammed with another reality.

Sami protests. He protests differently from other protestors though. He protests not to satisfy a desire, but a need. He stands up at large gates that are supposed to be open to everyone. They are indeed open; however, it seems that no one behind those gates hears, sees, or even notices. Sami stands up all day, everyday… he understands he is being ignored.

After this, he becomes eager to start his own business without anyone’s help. His business consists of seating in a corner of his neighborhood to serve smokers. Yes, you guessed it! His business is to sell cigarettes: but not in packets, only in units. No one knows how he managed to get enough money for this, since no one cares.

Sami and Sam (the dog) share the same corner. When Sam finishes guarding the night and is taken to his home, Sami takes up residence. That corner is never empty. Hence, Sami becomes Sam. In the meantime, society was becoming more material, where the rich gained much praise and more respect than the intellectual. Poor Sam belonged neither to the former class nor to the latter. He already tried to integrate himself among the intellectuals; however, the system said no to him. Then he found a good opportunity when he noticed the change occurring in the society: he stopped staying in that corner, so he began to believe that he may have a chance to integrate in the other group—that of the rich. However, Sam had some principles. They were few, yes! But they were still principles. He refused to make use of illegal ways to satisfy his needs. What could he do, then? Pretending!

Poor Sami was not well educated, by neither his parents, nor his school, nor society. Every side was kicking him towards the other. He had to find his place outside of this triangle. He had to create his own culture. Sam had a mohawk haircut, a Rolex, sneakers, original sport clothes, and few notes of money, all taken in a picture. He finally succeeded to distinguish  himself. He succeeded in getting the attention of those people who were behind the gates … They heard him, they saw him! And they decided to get rid of him. I mean, get rid of his culture by any means!

“Tcharmil!” The phenomenon which has different definitions, and still no one can understand what it is exactly! Suggesting that it represents delinquency, Sami was caught among representatives of this phenomenon. Why? Simply because, real criminals used the same picture as Sami. The circumstances created by the system were what led Sami to a situation of a lost identity. Now, the same system that is supposed to cure Sami and others like him and to recover their lost identities is, instead, punishing them for something that was, to some extent, out of their control!

Sami is now accused of being a criminal, although in reality, he is not. He is not accused by the police, but by the society as whole. Sami represents the embodiment of the lost and accused youth. His last remaining card is to protest with a pen and a paper. His ultimate hope is that the system can change his ways of dealing with his fellow men and avoid generalization. Sami was always neglected and ignored. If we add mental oppression to the list, we can expect one of two things: a turn towards real delinquency, or a depression leading to suicide!