Taroudant, Morocco - Samir Nasri, a French international football player who plays for the English club Manchester City, expressed his concerns over growing racism against Muslims in France, his second home. 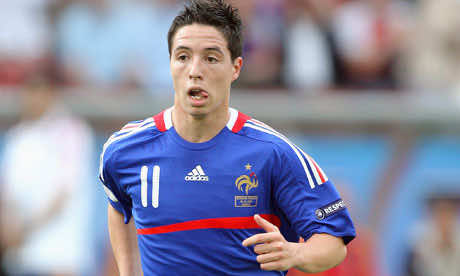 By
Larbi Arbaoui
-
Larbi is a freelance writer and assistant editor at Morocco World News.
Apr 29, 2014
Spread the love

Taroudant, Morocco – Samir Nasri, a French international football player who plays for the English club Manchester City, expressed his concerns over growing racism against Muslims in France, his second home.

In an interview with the Telegraph on April 25, Samir Nasri, 26, denounced the rise of racism against Muslims in France, saying French people have turned against Muslims.

The international football player did not hide his worries about the situation of Muslims in France, which has changed recently in disfavor of Muslims.

“Nowadays, it is more difficult in France [being Muslim]. In the last three or four years people who come from a [Muslim] community feel like they are not being treated like they deserve. It is now about the extreme Right,’’ Nasri said.

Nasri, of Algerian origin, evokes in particular the rise of the “extreme right” and the National Front of Marine Le Pen.

“French people turned against the Muslims. That is a little bit scary. Ten to fifteen years ago, it wasn’t like this. I don’t like the way the mentality is in France now,” Nasri added.

Nasri said that being a football player in France now is not such a big deal.

“Recently in France, if you are a football player, your image is really bad,” the football player said. “If you are from a (Muslim) community, it is even worse,” he added.

These reasons lead the former Arsenal attacking midfielder to express his dislike for the situation in France.

“France changed a lot. I don’t like it. I love England. I love London. It’s great for me to be there. That’s where I can see my future,” Nasri said.

Emerging from the Marseille youth academy, Nasri, who currently plays for English club Manchester City in the Premier League and the France national team, made his name during three seasons in the first team at Stade Velodrome before moving to London in 2008.