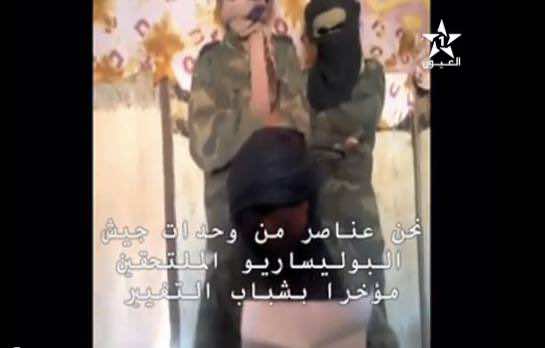 San Francisco – In the last few months, video clips emerging from the Tindouf camps have suggested that something unexpected is boiling under the surface.

The refugees living there have formed a group, calling themselves the “Youth Movement for Change.” They state that they can no longer live under a dictatorship made and carefully designed by the Algerian military.

The Polisario leadership considers the adherents of this youth movement as traitors controlled by the Moroccan state. The group is calling for a right to movement and expression, an end to the diversion and squandering of humanitarian aid, and an immediate halt to any violation against the honor of their women.

Seeing these minor events unfold in the camps gave way to excitement in the Moroccan media. Let’s face it, when was the last time we have witnessed anyone from inside the Algerian camps criticize the leadership of the Polisario?

However, Moroccan officials don’t seem to be thrilled, which explains their silence. The reason in very simple, the movement does not make any mention of support for Morocco or the Moroccan proposal in their videos. The change that this movement is demanding has more to do with what their leadership needs to do internally.

For now, Moroccan officials are watching from the sidelines. They know very well that a mere mention of support for this movement will certainly backfire. The Polisario leadership is advised by the Algerian military and it will undoubtedly use any statement from Moroccan officials as reason to go after this youth movement and label it as a renegade that should be dismantled.

While movements such as these do not always change the reality on the ground, we should remember that a simple fruit merchant in Tunisia was able to spark a revolution that was able to bring down the regime of Zine El Abidine.

While not necessarily game changers, movements such as the Youth Movement for Change in Tindouf can certainly create opposition against the constant propaganda criticizing Morocco’s territorial integrity.

Polisario’s main weapon is spreading lies and discrediting any Moroccan progress in its southern provinces in order to get the sympathy of NGOs and human right activists.

Morocco needs to ensure that these movements do not die down. The Algerian army is erecting checkpoints at the entrance of the Tindouf camps in order to catch those who are posting the videos. They are very aware that there will be  problems if more and more of these videos start appearing. Let’s hope that the Moroccan authorities wake up from their self-inflicted coma and start working proactively to defeat this relentless regime that will not rest until Morocco is defeated.