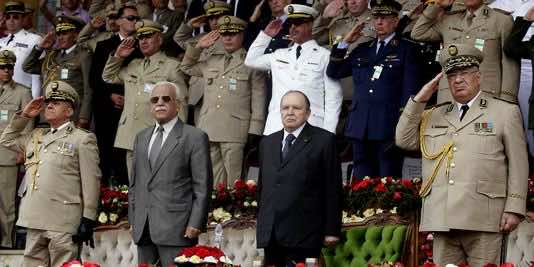 San Francisco- The UN Security Council voted unanimously Tuesday to extend the United Nations peacekeeping mission in the Moroccan Sahara for another year without a mandate to monitor human rights.

Algeria was “satisfied” with UN Security Council Resolution on Western Sahara while Morocco “welcomed” the unanimous adoption of the resolution by the Security Council on the regional dispute over the territory.

We know that someone is not saying the truth. We have been lied to for more than 50 years. They can’t be both happy; one of them is hiding their disapproval. Let’s find out.

It appears that Morocco, believe it or not, is genuinely satisfied with this resolution for 3 different reasons:

1.  Algeria was hoping a human rights mechanism would be included in the resolution, and it wasn’t.

2. The UN resolution calls for a census to be conducted on the refugees in the Tindouf camp. It is no secret that Algeria will never let the census take place. We know that the Algerian military is diverting aid and a census will certainly affect the aid given to the Tindouf camp refugees.

3. The UN has even called for the strengthening of the Arab Maghreb Union. This could lead to stability and security in the Sahel region and give a clear signal to Algeria to reopen its borders with Morocco.

It appears that this time the Security Council is finally sending a message to Algeria that the UN should be in charge of finding a mutual and acceptable solution for this dispute.

One may wonder why the UN is suddenly, though indirectly, putting pressure on Algeria. It may be due to the recent visit by Moroccan King Mohamed VI to the US to meet with President Barack Obama. Or it could be because of the recent visit of US Secretary of State John Kerry to Morocco.

Moroccan officials were able to convince Secretary Kerry that they need to put pressure on Algeria to cooperate, or the problem will never be resolved. The resolution was drafted by the US with the consent of Morocco. This is why the UN is finally pointing the finger at Algeria.

Algeria may be shying away from the blame. Take a look at the Algerian media over the past few days; either they are silent or barely mentioning the adoption of the UN resolution. One of their media outlets bluntly called it, “camouflage for the Algerian diplomacy.”

This does not mean that Morocco should start celebrating as if the problem were solved; it still has a lot of work to do until April 2015. Most of the hiccups that Morocco deals with come from Laayoune, Smara, or Dakhla. Moroccan authorities need to win the hearts and minds of the majority in these cities. They must dismantle the Royal Advisory Council for Saharan Affairs (CORCAS), which is viewed as the enemy of the other Sahraoui tribes. They should also spend money on creating jobs instead of lobbying. Morocco seriously needs someone who can start the reconciliation conversation with those who are siding with the Algerian regime and convince them that their future is in Morocco and not in the gates of Tindouf.