Washington D.C - As the conflict in Western Sahara continues and dominates political relations in North Africa, two editors have recently published a book, Perspectives on Western Sahara: Myths, Nationalisms, and Geopolitics to provide a broad-analysis of the problem from many different perspectives. 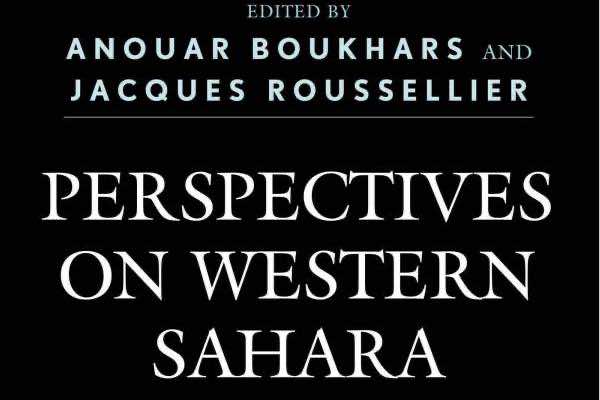 Washington D.C – As the conflict in Western Sahara continues and dominates political relations in North Africa, two editors have recently published a book, Perspectives on Western Sahara: Myths, Nationalisms, and Geopolitics to provide a broad-analysis of the problem from many different perspectives.

“The other literature out there is biased,” said Anouar Boukhars, one of the editors of the book. “There is really no attempt to bring the perspective of the other and I believe this is the first book in which you have scholars coming together to present a range of methodologies and recognize many views and perspectives—Moroccan, Polisario, Algerian. The reader can come to his or her own conclusion.”

The history of the Sahara dates back to the late 1880s, when Spain made its first attempt to gain a foothold in what it was then considered a Moroccan territory. Starting from the late 1860’s Spain sought to establish a trading station in southern Morocco. To that end, it was negotiation with the Moroccan government the location with that trading position. Initially many location were under consideration, including the area near present day Agadir (450 km from Casablanca).

But the trigger that would push Spain to seek control in president-day disputed territory is when in 1879 an English man called Donald McKenzie established a trading station In the territory. The Moroccan was quick to reject the fact accompli imposed by the British and claimed that the territory to its sovereignty.

Negotiations between Morocco and the UK was crowned with the signature of an agreement in March 1859. By virtue of this agreement, the British recognized that the territory between Cap Juby (the area near Tarfaya) and Cap Bojador (present day so-called Western Sahara), belonged to Morocco.

But according to American scholar Frank E. Trout, author of the book Moroccan Saharan frontiers Spanish claims were not supported by any legal agreement. Contrary to common belief spread by mainstream media, Spain’s occupation of the territory was only nominal until 1934. Spanish presence in the territory lasted until November 1975 when late King Hassan II launched the famous Green Match in order to reintegrate the Sahara to Morocco’s sovereignty.

Meanwhile, beginning in 1973, a number of young Saharwis created the Polisario Front. Contrary to a widely common belief, the main goal of the its founders was not to create an independent state but to fight Spanish colonialism. It was not until mid-1975 that the Polisario turned its goal into the creation of an independent state after it was adopted by Algeria. Ever since, Algeria has been the main Polisario supporter, in addition to Libya whose leader late Moamar Ghadaffi was the first head of state to lend financial and military support to the movement.

Following the Green March and Spain’s withdrawal from the territory on February 26, 1976, a guerrilla broke out between Morocco and the Polisario.

Although the United Nations established the UN Mission for Referendum in Western Sahara (MINURSO) in 1991, the conflict re-emerged in 2005 as the “independence Intifada” in Moroccan-controlled parts of Western Sahara. On Tuesday, April 29, the council extended MINURSO through April, 2015.

It’s a “sore” in the region and in this age of globalization it is preventing the North African countries from coming together, Boukhars said.

Earlier this week in Washington, D.C., The Maghreb Center hosted a book reception where both Boukhars as well as Samuel J. Spector, an author of one of the chapters, spoke about the book.

“We try to do book lounges as often as we can,” said Nejib Ayachi, president of the Maghreb Center. “This specific one is important because it’s about the Western Sahara, an issue that needs more attention in D.C.”

Around 50 people attended the reception, many who had heard about it through their work or through social media.

Mohammad Ahmmam, who moved here from Ourzazate 7 years ago, learned about the event through Facebook. “As a Moroccan, I am already biased, but I think this book takes a different approach to the debate, which is good. After I read this, I hope to be in another gathering where we can talk about the ideas. Listening to other people’s opinions will give us all space for dialogue and for us to respect and listen to each other,” Ahmmam said.

Although most other guests were hesitant to comment on the issue of Western Sahara, there was a general consensus that the book was a good step forward, they said.

The book consists of three parts and 13 chapters, which feature new research and examine “the roots of the conflict, its dynamics, and potential solutions,” according the event press release.

Boukhars said he believes the book will have a positive impact and if anything, it will contribute to the debate with an honest look at where things are and possible ways to move forward.