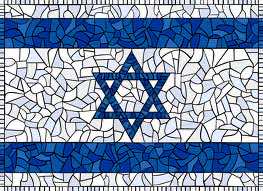 Rabat – Mainstream Western media tends to see anti-Semitism everywhere and tends to overlook other forms of racism when it comes to Arabs.

In fact, via the voice of politicians—leftists and right-wingers alike—and via the voice of reactionary thinkers, anti-semitism and the Jewish memory are more predominant in their discourses? To make things clear, the Oxford Concise dictionary defines anti-Semitism as the hatred the persecution of the Jews. This persecution has taken many forms throughout history, but has been instrumentalized and used as a lethal weapon to annihilate opponents of Zionism and Israel’s unjust apartheid system.

What do leading intellectuals of the Middle East conflict think about our issue? Political scientist and author Norman Finkielstein declared that the Shoah memory is used and abused to excuse Israel’s inexcusable actions towards Palestinians. According to many, the Palestinians are either considered a resistance unit as claimed by a vast majority of the Muslim society of states, or as “terrorists” in Zionist discourse. The point is that no matter how one sees the conflict, anti-Semitism is used to systematically discredit critics of Israel and victimize Israel as facing anti-Semitism on the part of Jew-hating dissidents. Furthermore,  Dr.  Finkielstein went on to say that the accusation of anti-Semitism is Israel’s game card every time it faces a public relations debacle or serious international pressures. This is factually true: the accusation of anti-Semitism on no reasonable grounds is what is called “the anti-Semitism blackmail.” Israeli propaganda tends to link resistance groups like Hamas or Hezbollah to Hitler and Nazism and considers them as anti-Semitic terrorist groups on the mere basis that they are political opponents with a will; Hezbollah is a tough form of resistance promoting the self-determination, which conflicts with the pro-Israeli intellectuals who have labeled the hostility towards Israeli settlements and occupation of Arab lands as the “New Anti-Semitism.” However, it could be argued that there is nothing “new” and no mere “Anti-Semitism,” (i.e hatred and persecution of the Jews), but rather a political hostility against Zionism and Israel.

Western media tends to overlook the fact that to be critical of Israel’s military routine and its policies (which are unacceptable) is not equivalent with the hatred and persecution of Jews.  When Israel behaves inexcusably, such as in the case of the Gaza Freedom Flotilla raid back in 2010, what is there to not condemn?

In order to give more weight to the proposed political and intellectual claim, Alain Badiou could be useful. Badiou wrote a piece called “l’Antisémitisme Partout!”,literally meaning, “Anti-Semitism Everywhere!” In his work, Badiou argues that “any critique of the state of Israel is dubbed anti-Semite, and more importantly, that the feeling of brotherhood that the Muslim communities in France and elsewhere in Europe feel towards the Palestinians is equally falsely dubbed as anti-Semite in order to discredit the emancipatory goals Muslims throughout the world aspire for the Palestinians.” Badiou goes further and makes a list of the “inquisitional intellectuals” who decide who is or is not anti-Semitic. Among the inquisitional characters are thinkers such as international relations scholar Alexandre Adler, “New Philosophy School” founder Bernard Henry Levi, among many others.

To sum up, anti-Semitism nowadays is a fact, which takes the form of hatred towards Jews on the basis of conspiracy fantasies that Jews rule the world; or it may take the form of physical violence such as the case in France with Mohamed Merah’s assault on the Jewish school in France. 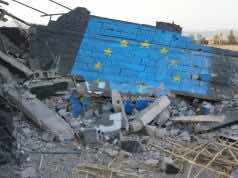