Fez - Moroccan football fans around the world are reacting to the recent appointment of Badou Zaki as the new head coach of the Moroccan National Football Team, the Atlas Lions. 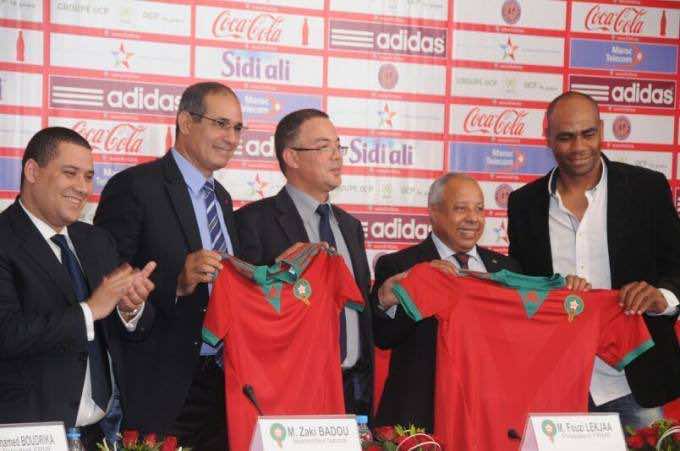 By
Liz Yaslik
-
Liz Yaslik is a Middle East and North African researcher studying Arabic at the Arabic Language Institute in Fez.
May 4, 2014
Spread the love

Fez – Moroccan football fans around the world are reacting to the recent appointment of Badou Zaki as the new head coach of the Moroccan National Football Team, the Atlas Lions.

Some fans see Zaki as an intuitive insider who knows Moroccan football inside and out. “He is definitely the man to get us out of this rut,” football fan,Karim Rahoui said.

This will not be the first time Zaki manages the Atlas Lions. He previously held the position from 2002-2005 when he guided the team to moderate success. His greatest achievement was leading the team to the 2004 Africa Cup of Nations finals, where the team finished in second place, losing 2-1 in the final to hosts Tunisia.

Many Moroccans appreciate the fact that the Moroccan football federation recruited a national to head the team instead of selecting another foreign coach. In the past ten years, the team has seen coaches from France and Belgium as well as Morocco. Many fans are pleased to see the slot once again filled by a Moroccan.

However, Zaki was not the initial favorite for the position. Giovanni Trapattoni, an Italian football manager and former player, was reportedly close to finalizing a four-year deal to head the Moroccan national team, but the position ultimately went to Zaki.

“With Zaki we can move forward. He is brave and loved by Moroccans. After all, he is one of us. He is better than any Trapattoni or outsider interested only in stripping Moroccan taxpayers of billions and billions for nothing except taking us as a joke,” Moroccan fan, Elmahdi Radouane, said.

While some fans feel that Zaki’s experience and extensive knowledge of Moroccan football players will strengthen the team, other fans see his appointment as a step in the wrong direction.

“Morocco needs to incubate a breed of good Managers. Zaki is from the old school. I do not see him changing anything. He was part of the culture and will always be a part of it. Moroccan soccer needs a good Moroccan manager who is not an insider. And his pay of 50K per month is not only a disgrace, but also an insult to financial common sense,” Said Leghlid said.

Others maintain that even the appointment of a Moroccan manager will not change the fate of Moroccan football. “We shouldn’t expect much of a miracle, our football has been in a mess for years,” Saad Eddine Lamzouwaq said.

Zaki now heads down the long road of preparation before Morocco hosts the 2015 African Cup of Nations. As a manager, he needs to streamline the team and iron out any flaws if he hopes to bring home the cup in 2015. Managing the Atlas Lions on their home turf gives Zaki a second shot at winning the African Cup title, this time on Moroccan soil.

Some fans expressed concern that Zaki may not have enough time before the next Africa Cup to shape the squad into a first-class team. “It’s a good move, but I don’t think that it’s going to change anything for the next Africa Cup, the Moroccan team needs some time, hard work and a lot of motivation to live up to expectations,” Mohssine Sbitri said.

It has yet to be seen whether Zaki will live up to the expectations of his fans, but most Moroccans are pleased to see that a fellow Moroccan filled the position. As one football fan put it, “at least khoubz dar mayaklouche lbarani.”