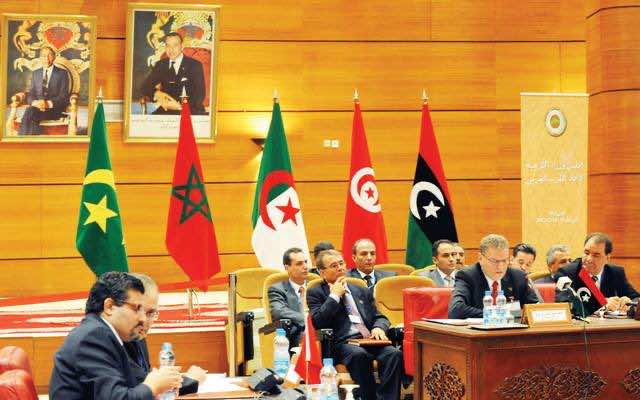 San Francisco – The 32nd session of the Council of Foreign Ministers of the Maghreb Arab union will take place in Rabat on May 9, 2014.

Under normal circumstances the goal of such a meeting would be to come up with a precise road map on how to proceed for the benefit of the people of the region until the next meeting, when they will discuss their progress made and how to proceed with further improvements.

That, unfortunately, is not the case when North African officials find themselves in the same room. While Algeria and Mauritania gang up on Morocco, Tunisia is thrilled to see Morocco and Algeria at odds while playing the neutrality card. Tunisians do not see themselves reaping any benefits from any peace between Morocco and Algeria, and the new Tunisian government is following in the footsteps of Zine El Abidine Ben Ali, the former dictator who was a master at playing neutral. When Algeria decided to close its borders with Morocco, Tunisia could not have been more excited, since its economy relies heavily on tourism and with Morocco inaccessible, Algerian tourists flock to Tunisian shores and spend the much needed money.

As for Libya, it is an internal mess and cannot be effective in an international meeting until it comes together as one nation. The Libyans were hoping for a better outcome after the passing of Gaddafi and erroneously thought that with the continuing flow of oil, they would come out of their civil war as a unified nation. Unfortunately for them, this has not the case.

Mauritania is not fairing much better, as little has changed in this poor miserable place since it gained its independence in 1960. Their president, Mohamed Ould Abdel Aziz, who came to power via a coup d’état, is about to be “re-elected” Algerian Style. The only difference is that he is not on a wheelchair even after being attacked and injured; Morocco has been accused in the Mauritanian media of working for Algeria to kill him.

Morocco attends and holds these meetings to show that they are responding to the calls of Europe, which leads one to believe that a united Maghreb is good for Europe in terms of immigration control, fighting terrorism, and business. Europe believes that promoting a thriving economy in the Maghreb as a whole is more beneficial than dealing with Maghreb countries separately.

Moroccan officials are very much aware that Algeria attends these meetings for the show only, as Algeria does not think that it will benefit from this union and will do anything to erect obstacles to any hopes of a Maghreban union. Algeria’s leaders prefer dual agreements, which allow them to control the talks and impose their preferences; in a union that includes Morocco, they will have to abide by the rules and the mandates of the union, which is why they do not want to be part of such an arrangement.

Members of the Algerian regime are not forward- looking and only think on a short- term basis; their vision is limited and only goes as far as their retirement or death. The masquerade of the latest Algerian elections showed clearly how business is conducted in Algeria: the “reelection” an extremely ill and wheelchair- ridden president was a slap in the face to the Algerian people, who are helpless and overwhelmed by what is happening to their nation.

The aged leadership in Algeria does not understand that we live in a quickly evolving world, and the next generation of Algerian leadership will not have the good fortune of digging a hole in the desert and striking it rich. This regime lives in denial and has not lead the way for the next generation leaders to take the helm, revealing a desperate style of leadership that demeans the Algerian people.

These staged meetings should not even take place; it’s an insult to the intelligence to each and every citizen of the Maghreb, or, as Algerians call it, The Hogra. It takes more than a yearly meeting to fool 80 million souls.

Algerians insist that they will sit down across the table and talk only if Morocco accepts Algeria’s conditions: to accept Algeria’s position regarding the Sahara, to stop the drug trafficking across their borders, and, the most insulting condition, to stop the Moroccan media from criticizing Algeria. These conditions clearly show the difficulty of working with this regime’s mentality for Moroccan officials. They have unashamedly asked Morocco to make a full stop to freedom of expression—a freedom for which they have paid high price to reach.

Ultimately, unless Algeria backs off from Morocco’s internal affairs regarding the Sahara problem and lets the UN try to solve it, with the firm belief that it, too, will benefit from a united Maghreb, the prospect of a union remains a wishful thinking.