Taroudant, Morocco- Moroccan Youssef Taleb is working along with his team at “Provok Developments” in the development of the world's first "projection" tablet, equipped with a micro projector and a laser keyboard. 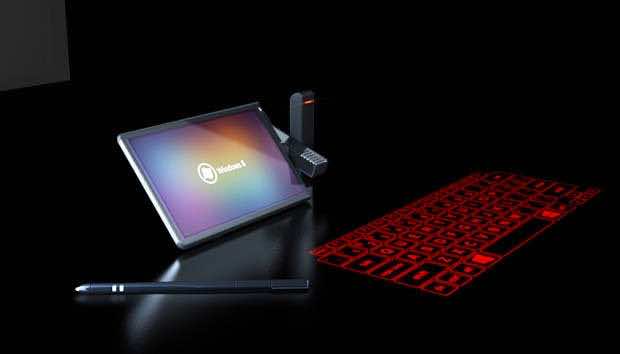 By
Larbi Arbaoui
-
Larbi is a freelance writer and assistant editor at Morocco World News.
May 7, 2014
Spread the love

Taroudant, Morocco- Moroccan Youssef Taleb is working along with his team at “Provok Developments” in the development of the world’s first “projection” tablet, equipped with a micro projector and a laser keyboard.

Taleb, 22, had the ingenious idea to develop the first tablet, which includes a micro projector, a remote pen and a laser keyboard that turns any surface into a virtual keypad.

The project, which will be funded through crowd funding, is still in the development phase, but the idea is very innovative and promising.

“We are preparing a crowd funding campaign to be launched in the coming months on ‘Indiegogo’,” Said Taleb as reported by Regent’s University London.

The promotional video posted on YouTube shows that the pioneering tablet, which “embraces elegance and design”, runs under Windows 8 and designed to “support you anywhere,” says the promo.

The tablet, which comes with a series of applications that are “exclusive to the brand”, is specifically designed to accomplish business tasks in a professional way thanks to its design and the built in micro projector and laser keyboard, which allow the user to work on any surface.

“I went to the American school in Casablanca, Morocco where I grew up nurturing my passion for technology by spending nights hacking into my friends’ computers instead of reading Steinbeck’s novel,” Taleb told his story to Regent’s University.

After three years spent at Al Akhawayn University in Ifrane, Morocco and four months at Regent’s University, the young Moroccan entrepreneur decides to take a leave of absence and return to his home country to launch his project “Provok Developments.”

“I soon realized that taking a leave of absence would be a healthier option. I decided to return home to Morocco to found Provok Development. I strongly believe in Morocco’s tech sector, and I think that with a slight push and some guidance things could go a long way for this industry. Hence, developing and commercializing the worlds first “Projection” Tablet is an idea that I would only bring to life in my country,” he said according to Regent’s University.

With head offices in Casablanca, Morocco, a design team in London, and engineering in Taiwan, Provok Developments is a global technology company with highly specialized team members aiming at bringing to the market the world’s first “projection” tablet.