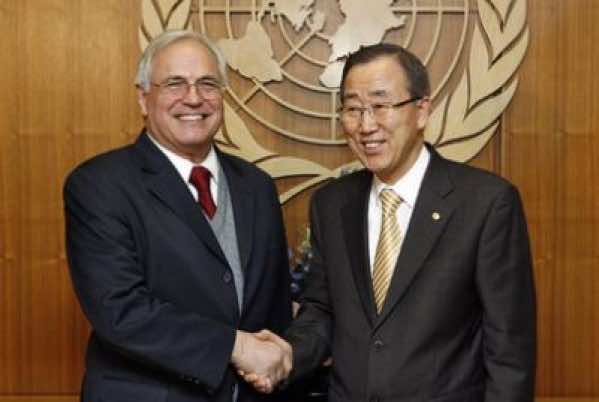 Rabat- Since the United Nations Security Council’s (UNSC) decision to extend the mandate of the United Nations Mission for the Referendum in Western Sahara (MINURSO) for a year without a human rights mandate, the Moroccan government and its allies have hailed the decision as a victory for Morocco and a loss for the enemies of the Kingdom’s territorial integrity.  But what actually happened and has Morocco really come out victorious?

While it is good news for Morocco that the UN resolution has not called for a human rights mechanism in the Moroccan Sahara, this is by no means a permanent victory.  Rather, it is simply temporary relief after an expected shock.

In the advance copy of his report, the UN Secretary General called for the human rights mechanism to be part of MINURSO’s mission in both Tindouf, Algeria, and in the Moroccan Sahara.

Moroccan officials should consider his earlier call as a slap in the face and should not try to convince the Moroccan public that the government has been successful in evading the Secretary General’s biased views on the matter.

Moroccans have entrusted their leaders with defending the sacred cause of the Sahara and expect them to win at every turn of the way. But they can certainly differentiate a victory from a loss, and this is by no means a victory. In a few short months, we will see these same officials scrambling in search of help from Morocco’s so-called friends.

Ban ki-moon’s call for inclusion of a human rights mechanism in the MINURSO mission should make every Moroccan leader involved with the sacred cause pause and ask the reason why the UN Secretary General is calling for such a mechanism. Is there something that the Moroccans are doing wrong or at least not doing right?

It’s very simple, Moroccan leaders are not spending a dime on gaining the hearts of the Sahraouis, the people at the heart of the dispute. The money spent on lobbying could very well be spent in the southern provinces creating jobs and making life a bit easier for the Sahraouis. King Mohammed VI has been inaugurating projects all over Morocco, except in the Sahara. His latest visit to Dakhla was low key and without fanfare, and the intention appeared to be more about sending a signal to the UN and Morocco’s enemies rather than starting a new era towards a Sahara resolution.

Morocco dodged the bullet this time because it made promises to the UN. But will Morocco be able to fulfill its promises? The outlook is not good. Immediately after the UN vote, pro-Polisario thugs working for Algeria timed a demonstration to coincide exactly with the visit of the UN High Commission on Human Rights. The protest ended with the Moroccan police chasing down these thugs, which was exactly the goal of the protest:  to show that Morocco is governed by a “brutal” government that cracks down on helpless women and children. Once again, Moroccan authorities fell into the Polisario trap.

The world has grown tired of this cat and mouse game. Morocco needs to take the initiative and forge ahead with implementing its own proposal and then offer the opportunity for Sahraouis in Tindouf to join in. There is no doubt whatsoever that if the Sahraouis in the Moroccan Sahara are running their own affairs without any interference from Rabat, there is nothing Algeria can do to turn the tables on Morocco.

Algeria will have to battle an almost sure to happen intifada in the camps if the Sahraouis see themselves better off with their people in a prosperous Moroccan Sahara as opposed to living in tents at the mercy of Algerian and Polisario leaders who only look after their own.

The video clips smuggled out of Tindouf show clearly that the Sahraouis in Tindouf can no longer tolerate the misery that is imposed on them by their leaders under Algeria’s orders. Morocco should do what it takes to support the people of Tindouf, and at the same time open a line of communication with everyone in the Sahara and even with the Polisario sympathizers.

Morocco will never give up an inch of its Sahara. Sooner or later the autonomy plan will be implemented.  So why delay the inevitable? Delay only serves Morocco’s enemies. It has been 40 years now that Morocco has played Algeria’s game. Isn’t it time for Morocco to play its own game?