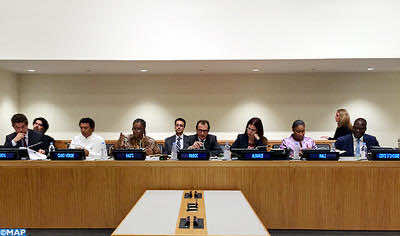 The goal of this panel is to underscore “the economic potential of culture” with a focus on how culture impacts sustainable development, said Sbihi during the meeting held by the International Francophone Organization and the UNESCO.

The meeting is held as most countries of the Francophone community endorsed the principle that culture should be integrated in the UN post-2015 development agenda, the minister told MAP.

Participants noted that culture is a source of income and jobs and contributes to improving living conditions, creating fair economic growth and empowering persons.