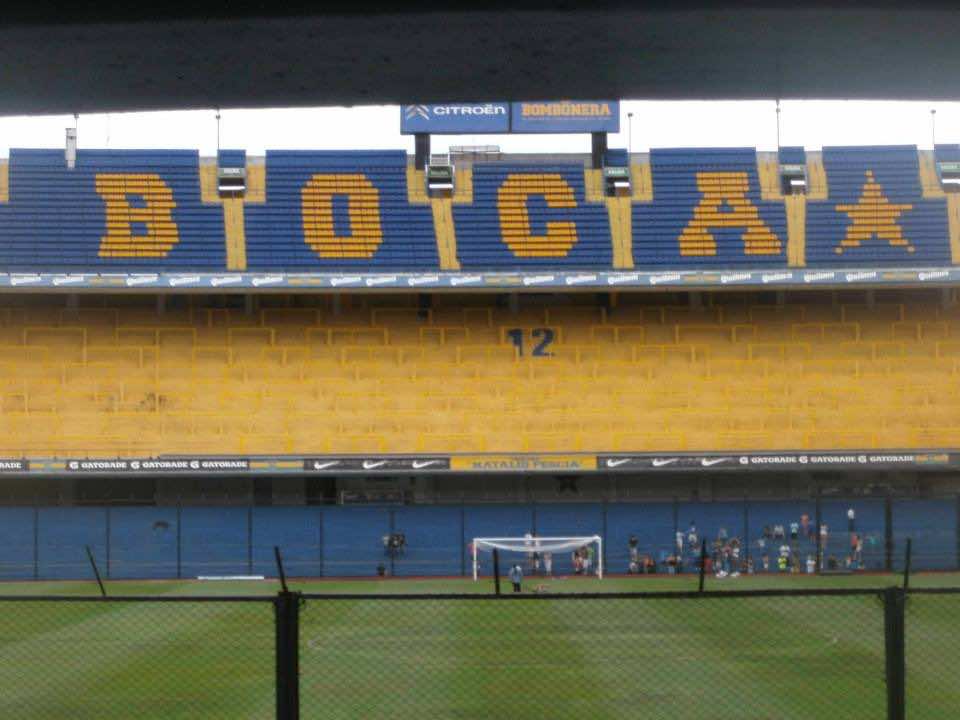 By
Staff Writer
-
May 12, 2014
Spread the love
By Marisa Fernandez – Buenos Aires, Argentina

Its success is due to the fact that it can be played by almost everybody, regardless of intellect of physicality. Its rules are simple, and its benefits are many: friendly rivalry, a healthy body and a clear mind. And it is universally available, regardless of social class. All you need to play is one thing: a round ball!

Football is a sport that awakens passions and stimulates competition.

But football also stimulates economies: in South America and Europe, the best football players are moguls, perhaps even oligarchs, with million dollar paydays and huge endorsement deals. The clubs can be worth billions, particularly the big ones like Real Madrid and Barcelona, in both ticketing revenue and merchandising.

Football is a game where eleven players in shorts and a jersey run after a ball on a green surface to kick it into the opposite post goal. The field, or pitch, is divided into two halves and the winning team is the one that scores the most goals. The match lasts two periods of 45 minutes each. There must be also a referee to ensure that taws of game are respected. Seems very simple and yet it inspires quite complicated passions and devotions among its’ watchers!

For example, it has been said that a football match can stop a country for ninety minutes. Anyone who lived in Morocco during the Raja-Casablanca winning streak this past fall knows intimately how true this is; every game night, the streets were empty of even the normally prowling cats! This is because football represents life and passion, not only for fans and followers but also for the mass media.

Football means stadiums full of people roaring, singing, chanting , smoking, swirling over from food stalls, drum-beating fans dressed in their favorite team colors , a plethora of joy and excess reminiscent of the Roman circuses of old.

Trying to understand an Argentinian or a Brazilian football fan is to enter the sociology of their respective countries. In Argentina, when the two big teams (Boca Juniors and River Plate) play, the country is split into two. Everybody in the country attempts to coach from the sidelines, shouting their opinions of the players in the crudest and most anatomically impossible of terms.

There are endless discussions about the final results, where individuals can build or break friendships, share opinions, and even fight physically for or against their beloved institutions.

While football began as a European tradition, it has been adopted by the whole world. (Except perhaps America!) It is easy to see how people of different social position or nationalities can play in every piece of land, streets, parks, squares, clubs or even in the background of a house and quickly organize a football game. After all, all you need for a football match is a ball and some empty space.

What I love best about football is that it is an apt metaphor for everything that is best about the modern world: it unites people, across boundaries of race, class, faith and nation. It transcends geography, gender, and politics. As Franklin Foer wrote in How Soccer Explains the World “soccer is often more deeply felt than religion, and just as much a part of a community’s fabric, a repository of traditions.” From the Argentine shores of the Atlantic to the Mediterranean waters that flow off the coast of Tetouan, soccer unites us.