Brussels - An official tribute was paid on Sunday to Moroccan soldiers who died while fighting for the liberation of Belgium in 1940, on the occasion of the 74th anniversary of the Gembloux battle. 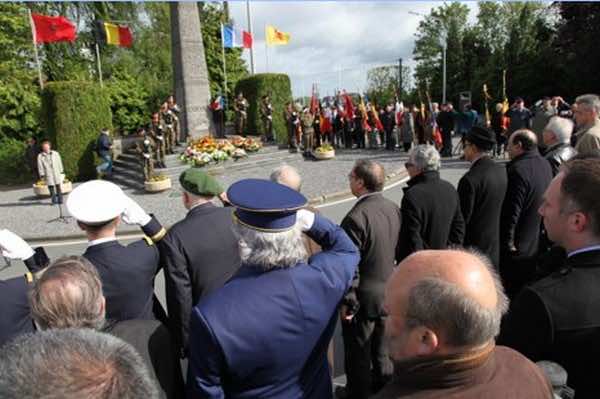 Brussels – An official tribute was paid on Sunday to Moroccan soldiers who died while fighting for the liberation of Belgium in 1940, on the occasion of the 74th anniversary of the Gembloux battle.

Ceremonies were held in the “Aymex memorial” in Gembloux (40 km south of Brussels) and at the Chastres necropolis where were buried hundreds of Moroccan soldiers who made the ultimate sacrifice for the liberation of Europe from the yoke of Nazism.

”It is our duty to acknowledge the sacrifice of these heroes who came from far away to defend a nation that is not theirs”, said speaker of the Belgian House of Representatives Andre Flahaut.

“The duty of memory is necessary if we are to confront the emergence of extremism and nationalist ideas everywhere in Europe and worldwide”, said the Belgian official.

”If we are today paying a moved, official and earnest tribute to these soldiers who lost their life in the fight against Nazi invaders, it is because we are feeling, as free men, eternal recognition for their sacrifice”, said the mayor of Gembloux, Benoit Dispa.

For Morocco’s high commissioner of former resisters and members of the liberation army, El Mostafa El Ktiri, this commemoration is an opportunity to highlight the duty of memory toward these Moroccan solders who sacrificed their life for the ideals of dignity, freedom and the right to existence, transmit these lofty values to young generations and disseminate this shared memory between Morocco and other nations.

Some 233 Moroccan soldiers have died in the battle of Gembloux-Chastre, where the French army took its only victory in the campaign of May 1940 and the first battle of tanks in the world military history.