Casablanca- After her visit to Morocco in 2007, during which she had the opportunity to go to Marrakech and Essaouira, the Australian singer Shelley Segal released a single along with a music video entitled "Morocco.” 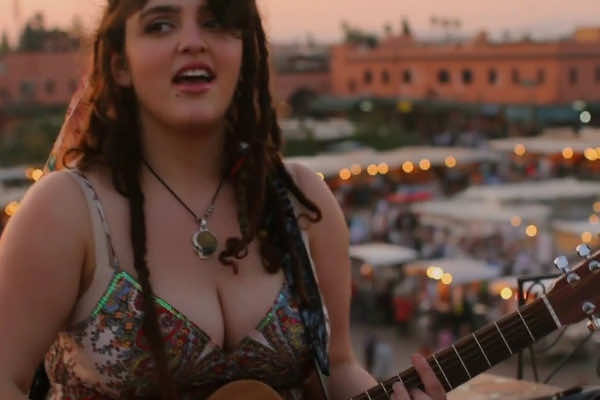 By
youssef sourgo
-
Youssef Sourgo is currently a Master’s student in Linguistic and Literary studies at Ain Chok Faculty of Letters and Humanities.
May 14, 2014
Spread the love

Casablanca- After her visit to Morocco in 2007, during which she had the opportunity to go to Marrakech and Essaouira, the Australian singer Shelley Segal released a single along with a music video entitled “Morocco.”

Part of her upcoming album An Easy Escape, the singer highlights her experience in Morocco. But the young artist is being criticized for “defaming” the kingdom in her song.

“I was inspired to write ‘Morocco’ when I visited Marrakech and Essaouira,” Shelly told Australian website Tone Deaf, “I was completely blown away by the beauty of the country and the colorful, carefree, fun time that was available to me as a tourist. Slowly as the trip went on I began to see some of the darker sides of what it was like for many who lived there.”

The “darker sides” Shelly apparently highlights in her song are mainly sexual harassment, illegal substances and poverty. The video clip of the song is set in Marrakech.

Suffice it to read the comments on the song posted on various social networks to realize that Shelly’s new song has infuriated many Moroccans, mainly because of the “dark sides” Shelly casts light on in her song.

Uploaded on May 5 to Shelly Segal’s official YouTube Channel, the video has garnered more than 37, 500 views so far. However, the predominant dissatisfaction with the content of her song is clearly perceptible in the number of “thumbs down” it amassed.

While one cannot determine the identity of those who have disliked Shelly’s video clip on YouTube, the comment section clearly shows that many Moroccans are not happy with it.

Some of the derogatory comments on the video labeled the Australian singer as a “big cow” and a “racist.” One of the comments reads, “It’s not up to her (Shelly) though to shout out loud what we already know and try to fix.” Another YouTube user points out that that Shelly’s visit to Morocco was too short for her to claim full knowledge of life in the kingdom.

But another group of Moroccans stood in defense of Shelly and her song. Their comments varied between both appreciation of her talent as a singer and gratitude towards her for shedding light on what she described as Morocco’s “dark side.”

“Yes we need more people like you to show the world our miserable life,” reads one of the comments posted on the video.

“Come on folks, she just highlighted what is really happening in our country, you should learn to say thank you, instead of insulting her,” another YouTube user said.