Fez - Riding in a grand taxi in Morocco often means cramming into the backseat of a Mercedes for an often too-close-for-comfort journey that has the car bursting at the seams with passengers. 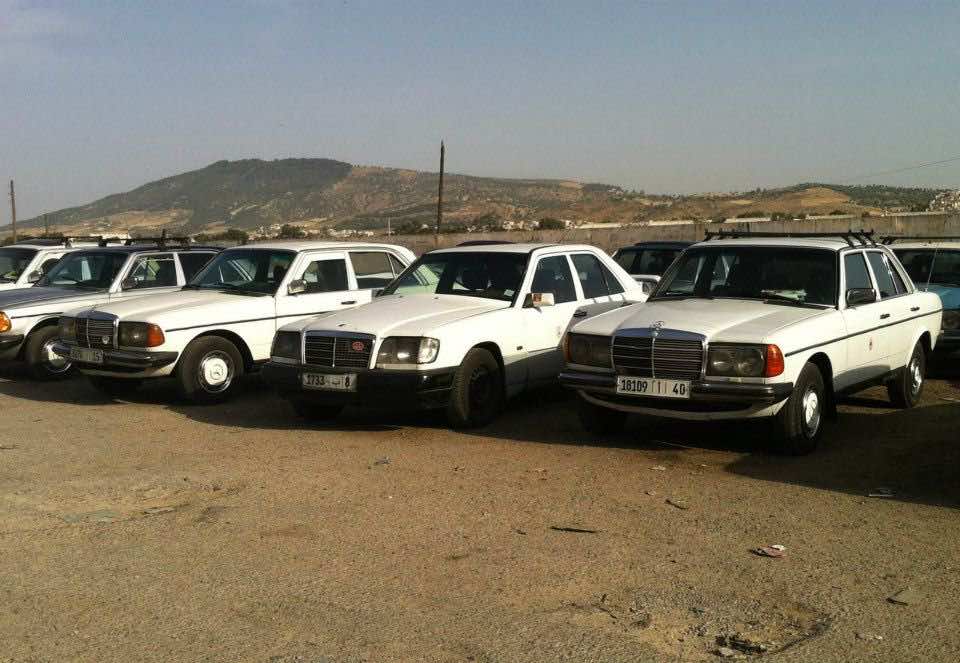 By
Liz Yaslik
-
Liz Yaslik is a Middle East and North African researcher studying Arabic at the Arabic Language Institute in Fez.
May 15, 2014
Spread the love

Fez – Riding in a grand taxi in Morocco often means cramming into the backseat of a Mercedes for an often too-close-for-comfort journey that has the car bursting at the seams with passengers.

The backseat, made to seat three passengers comfortably, can squeeze up to four large men. While the front seat, made for the passenger-driver combo, often seats two passengers plus the driver. The safety hazards caused by this type of cram-commuting are clear. Having seven people on board a car fit for five creates a safety hazard that the Moroccan government is hoping to minimize.

The main culprit vehicle of this passenger squeezing technique, which yields the cab driver more money since passengers pay per seat, is the Mercedes w123s (often 240Ds). The large yet antiquated sedan-like Mercedes is a favorite among cabbies not only for its durability but also for its ability to seat six passengers.

An influx of these Mercedes 240Ds poured into the country from Europe back in the mid-nineties and early 2000s when used cars from Europe would sell for stiff rates upon arrival in Morocco. The Moroccan government even passed a law a few years ago that put the brakes on importing used cars, making it outrageously expensive to bring in used cars more than five years old.

The Moroccan government is putting the pedal to the metal to phase out these old Mercedes. The government aims to implement a trade-in program with cash incentives for drivers who hand-over their Mercedes cabs. The government will reportedly offer the drivers 50,000 Dh ($6,100) for their old Mercedes. Drivers can use that money toward a Renault Trafic van or Dacia Lodgy seven-seater minivan. The Dacia-Renault car company is offering up to 10,000 Dh towards a new car or van for cab drivers who choose to make the switch.

Officials hope these new vehicles will upgrade the safety of traveling in grand taxis and also limit the amount of pollution caused by diesel chugging commuter vehicles.

Many cab drivers implement their own safety rules and tactics inside their vehicles to maintain a level of control while the cab is in-transit. For example, many cab drivers purposefully remove the crank-shaft for the windows or the door handles from the back seats. This can be very dangerous and hazardous for passengers; in the case of an emergency it may leave passengers struggling to escape. 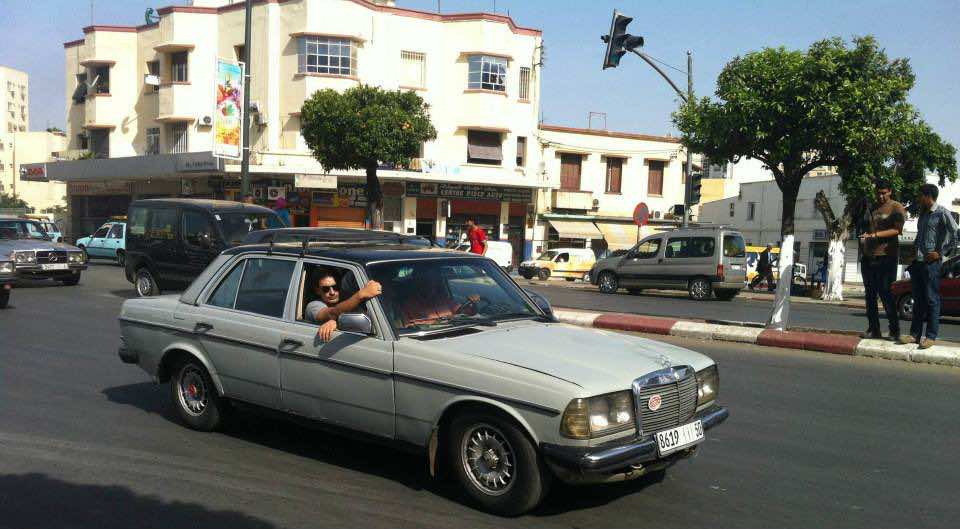 Yet the Mercedes remains a trademark of inter-city transportation in Morocco and many view the large sedan as an essential piece of the Moroccan transit experience; most Moroccans cannot imagine a grand taxi any other way. Today, there are over 55,000 Mercedes w123s grand taxis on the streets of Morocco. The car has become a piece of the Moroccan culture so much so that it is rare to go a day without seeing one.

It has yet to be seen whether a switch to the newer, roomier vans will up the safety standards of traveling in grand taxis. For now, it doesn’t seem like the end of the road is near for the Mercedes w123s as it remains in the fast lane of Moroccan commuting culture. 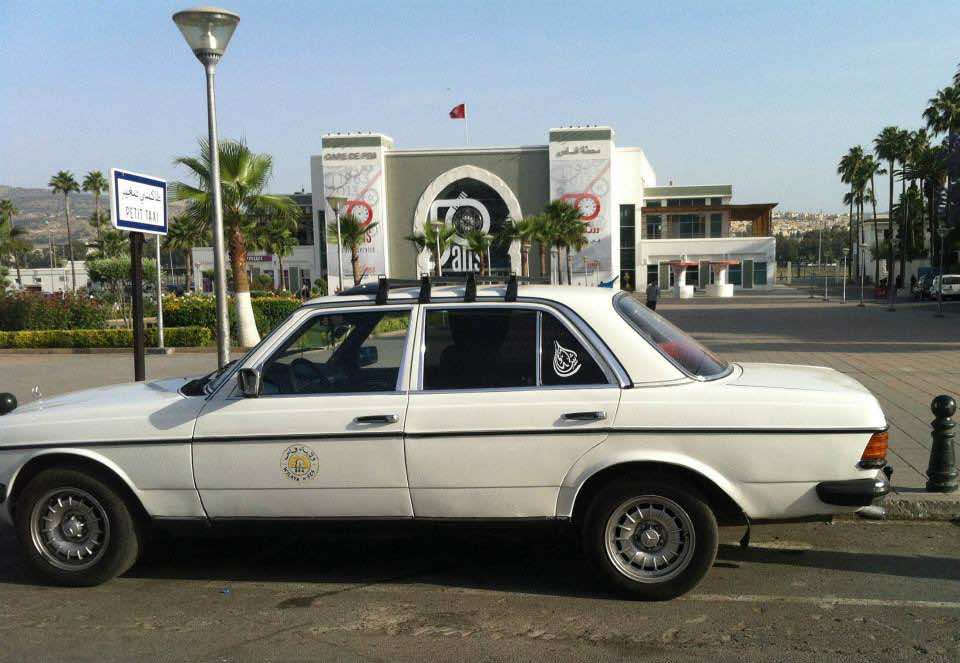