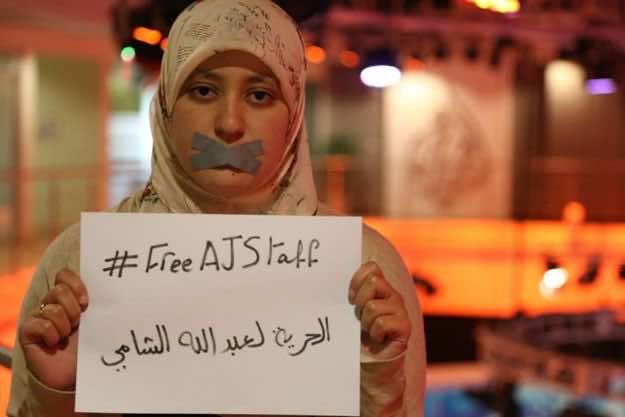 The reporter is currently effectively missing, after being abruptly moved from his cell by the Egyptian authorities on Monday morning. His whereabouts since then have still not been ascertained. Al Jazeera is extremely concerned about his wellbeing, especially given the duration of his hunger strike, which began on 21 January 2014.

Looking frail and emaciated, with sunken eyes, in a video he recorded before he went missing, Elshamy reiterated that he was jailed simply for doing his job. He says in the video: 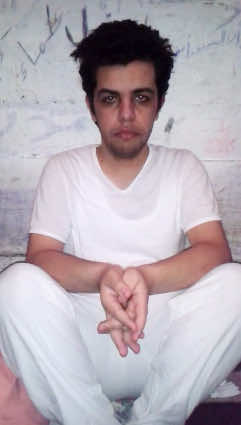 “My name is Abdullah Elshamy, I’m Al Jazeera Arabic’s news reporter. I have been detained since 14 August 2013 in Cairo while I was covering the dispersal of Rabaa al Adawiya sit-in. I was doing my job as a reporter and despite the authorities knowing this, I have been detained for 266 days without any charge and without committing any crime.”

“I record this video after I have reached 106 days of my hunger strike to hold the Egyptian government, the Egyptian judiciary and the General Prosecutor responsible. If anything ever happens to me, I have requested several medical checkups from independent sources and yet this help has not been provided. I also haven’t had any medical care here inside the prison and this is a record for the history and for the sake of documenting my state and thus if anything happens to me, whatever it is, either my health fails totally, or anything happens to my safety, I hold the Egyptian regime responsible for that.”

An appeal against Elshamy’s latest 45 day detention will be heard in court today. Elshamy is being held along with around 700 people who were arrested at the same time on 14 August last year. Al Jazeera says his case should be treated separately as he is a journalist.

Also today, Al Jazeera English’s three journalists will have the eighth hearing of their trial.

Al Jazeera spokesperson Osama Saeed said, “Abdullah needs urgent independent medical attention. The authorities should grant this and reveal where they are holding him. The best thing of all they can do is release him and end this nine-month ordeal. Abdullah is a journalist and journalism is not a crime.”