Rabat- A Sudanese court sentenced a woman to death for “renouncing Islam” and embracing Christianity. 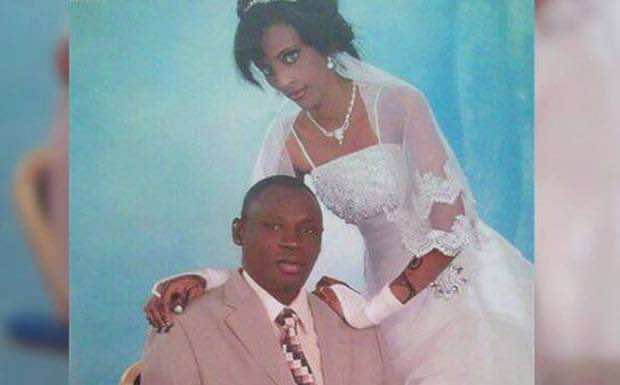 Rabat- A Sudanese court sentenced a woman to death for “renouncing Islam” and embracing Christianity.

According to CNN, before the verdict, the court gave the woman until Thursday to recant her Christian faith, but she refused.  “I am a Christian, and I will remain a Christian,” she was quoted by CNN as saying. The court considered her to be Muslim although she was raised Christian, according to the same source.

Following the verdict, the United Nations Human Rights Council voiced deep concern about the situation of Meriam Yahya Ibrahimim, a pregnant  Sudanese woman who was sentenced to death for apostasy.

“We are concerned about the physical and mental well-being of Ms. Ibrahim, who is in her eighth month of pregnancy, and also of her 20-month-old son, who is detained with her at the Omdurman’s Women Prison near Khartoum, reportedly in harsh conditions,’’ Rupert Colville, the spokesperson of he Office of UN High Commissioner for Human Rights (OHCHR), said according to the United Nations official website.

“We urge the Sudanese government to meet its obligations under international law to protect the right to freedom of religion, which is enshrined in Article 18 of the International Covenant on Civil and Political Rights (ICCPR), which Sudan has ratified,” he added.

Apostasy is a sensitive issue in Islam. A lot of scholars have been debating the controversial issue of those who convert from Islam to another religion.

Some of the so-called moderate scholars insist that modern conditions have changed from the time where the possibility of punishing someone for leaving Islam was acceptable. Their justification is that Islam is peaceful and cannot be imposed on people by force, using a verse from Surat-Al baqara which says ‘’There is no compulsion in religion.’’

Others insist that for breaking any law there is punishment, including Islam- the divine law. As proof, they use the Hadith of the Prophet Mohammed (PBUH) where he says that ‘’Anyone who changes his religion must be killed.’’

Sudan’s Criminal Court seems to side with the radical ones. In addition to supporting the charges of apostasy and adultery, the court also nullified her marriage with her Christian husband.