Taroudante- The Minister of Parliamentary and Civil Relations El Habib Choubani used English, instead of French in the documents distributed at the closing ceremony of the national dialogue on civil society and the new constitutional roles held Thursday. 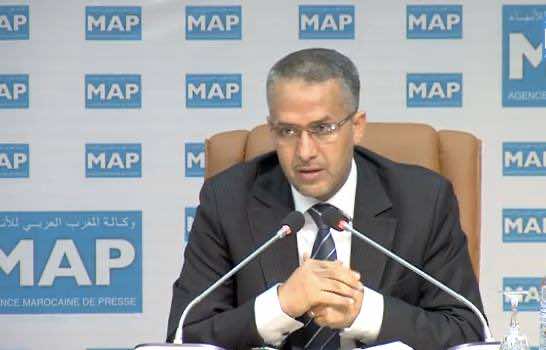 By
Larbi Arbaoui
-
Larbi is a freelance writer and assistant editor at Morocco World News.
May 18, 2014
Spread the love

Taroudante- The Minister of Parliamentary and Civil Relations El Habib Choubani used English, instead of French in the documents distributed at the closing ceremony of the national dialogue on civil society and the new constitutional roles held Thursday.

Instead of French, which is conventionally the dominant language at such official government events, Choubani used English on the folders he distributed to the participants in the ceremony and the CD-ROM containing the summaries of the dialogue.

The minister wrote the information on the front of the folders and CDs, which were handed to the attendants, in both official languages of the kingdom, Arabic and Amazigh, in addition to English, but not a single word in French.

In doing so, the minister broke the tradition of using French in all formal documents along with the two official languages of the kingdom.

There seems to be a trend in favor of English among some Moroccan politicians. Last March, the Secretary General of the Independence Party, Hamid Chabat, called for the adoption of English instead of French as the second official language in Morocco.

A few weeks later, Minister of Higher Education, Lahcen Daoudi, also announced that the government intended to adopt English in Moroccan universities as a medium of teaching, adding that using English instead of French will put Morocco in line with the rest of the world and enable Moroccan students to be more competitive on labor market.

His statement was well-received by many Moroccans, who grow tired of seeing French as the dominant language of the country while English is the most used language worldwide and the language of business and science. Many Moroccans also pointed out that it is time Morocco moved beyond the “French complex”.

“The younger generations have progressively contributed to uprooting linguistic tradition which once was a major source of French pride. If Moroccans don’t open their eyes to the rest of the world and try to liberate themselves from this complex called ‘la France et les Francais’ our progress will suffer immensely,” Jawad Boujida commented to MWN.

But it remains unclear how sincere Moroccan officials are in their statements and whether they will be able to make such a move, especially if one takes into account that those unprecedented statements were made at a time when Moroccan-French diplomatic relations were in crisis.