Casablanca - Maghreb of Tetouan bid of this year’s championship suffered an unexpected setback after its surprise defeat in Casablanca. 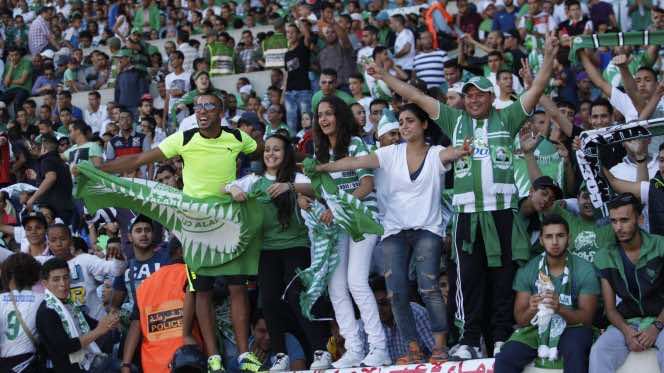 Casablanca – Maghreb of Tetouan bid of this year’s championship suffered an unexpected setback after its surprise defeat in Casablanca.

While a defeat against Raja of Casablanca is not surprising, what is surprising, however, is the heavy score.

Raja of Casablanca made a step closer to winning the title after it beat Maghreb of Tetuan 5-0.

The Casablanca team needed a win to preserve it chances to win the championship while a draw would have strengthened Tetouan’s chances to bring home the second title in its history.

The fate of championship will be decided next week as the two team will play their last games of the season. Both teams have 55 points each and they will need to win their last game to secure the title. Raja will play an away match against Olympic Assfi, while Maghreb of Tetouan will receive the Renaissance of Berkane.

The winner of the championship will represent Morocco in the 2014 FIFA Club World Cup scheduled to be held next December in the Kingdom.