Casablanca - Morocco has considerably progressed economically over the past years and it possesses assets likely to be invested abroad, said French ambassador Charles Fries on Tuesday in Casablanca. 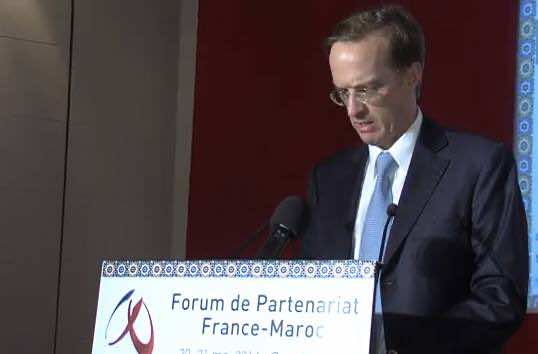 Casablanca – Morocco has considerably progressed economically over the past years and it possesses assets likely to be invested abroad, said French ambassador Charles Fries on Tuesday in Casablanca.

During a seminar on the theme “Investing in France,” Fries noted that expertize and know-how do exist in Morocco to serve its development inside the country and outside it.

The holding of this event in the Kingdom is not a coincidence, he said, adding that it is a response to the clear political will stated by the President of the Republic François Holland during the economic forum, dated April 2013, of the club of French and Moroccan businessmen/CGEM.

France, which hosts investors from all over the world, wants to see more Moroccan businessmen gaining a foothold in the country, he said, adding that this is a priority for Foreign minister Laurent Fabius’ economic diplomacy.