Rabat - Perhaps no other technology has affected daily communication as much as the cellular phone. It has changed the way we do business, the way we learn about the world, and how we conduct all of our relationships. 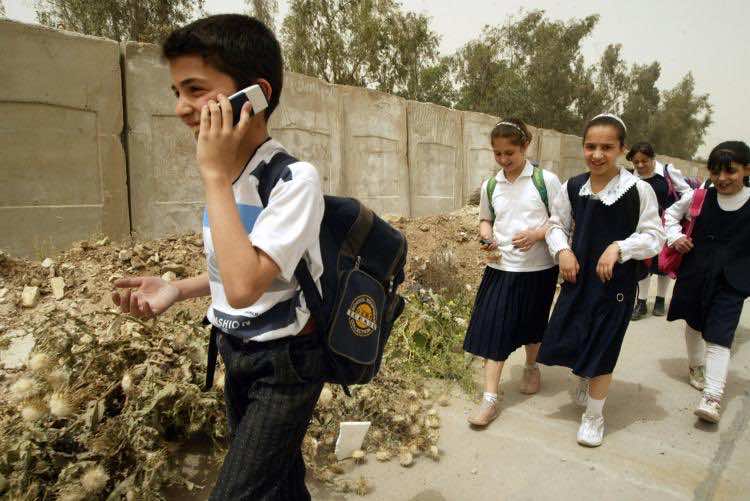 By
Yassir Yousfi
-
Yousfi Yassir is a BA student at the faculty of Education in Rabat.
May 24, 2014
Spread the love

Rabat – Perhaps no other technology has affected daily communication as much as the cellular phone. It has changed the way we do business, the way we learn about the world, and how we conduct all of our relationships.

Many of these cellphone-induced changes have been positive: global news at the tip of your fingers, access to the worlds finest university courses through programs like EdX and Coursera, and limitless opportunities for reaching out and building a global audience. But those quickest to embrace the cell phone are, at the same time, those who use it in the least educational manner: students, and particularly teenagers. This new generation, who literally grew up with a device in their hands, use their phones in ways that harm or pervert them. For instance,  it has become very common to see a little boy holding a cellular phone and using it like an adult. He does not only do the former, rather, he can also send SMS; use the Bluetooth, take pictures, download music to his/her cell phone, and watches videos or movies, without any parental censorship.

I take the cell phone for granted, having grown up with one almost always nearby, but then I’ve always bought and paid for my own phones. Lately, I’ve observed more and more Moroccan pre-teens and teenagers sporting the latest and most expensive model of whatever the “phone of the day” is; Phones so hot off the market that even their school teachers can’t afford to buy them, phones that sometimes cost as much as three months of wages for an average Moroccan worker. And these students are most certainly not using the phones for educational purposes! These phones are music players, cameras, social media delivery devices, and most damaging, conveyers of pornography and nude photographs.

I spoke to several Moroccan primary school students and teachers about the usage of cell phones in schools, and the damage that it can cause.

Ahmed, a primary school student from Fez told me: “I own a well-known cell phone that has the latest modern techniques such as pictures, different sorts of music, and camera. My mobile contains many pictures of several women from a variety of countries and I watch videos that last 6 minutes. Moreover, I send these videos to my phones’ friends via Bluetooth. All my friends have cell phones that are expensive and they harass their parents and force them to buy them the latest models.”

Khadija, a teacher at Ahmed’s school in Fez, confirmed Ahmed’s statement, and said: “We are really suffering in each class from the use of cell phones among students, and this problem begins in first grade and extends until university. No sooner do I enter to the classroom and start explaining the lesson than a student is already listening to music on his phone, chatting with his friends inside or outside the classroom or, what is worse, watching video of nudity with his classmates. You can imagine I find this incredibly disturbing, as do the students who are actually in class to learn!”

Although the Morocco Board of Education bans the use of this tool at school many students are still using it in class to watch videos, chat with friends, or engage in other, less savory activities. Needless to say, the phone is the bane of education and of a respectful schoolroom environment in modern Morocco.

While they are a bane in the schoolroom, it seems that mobile phones have become an idol of many students. They do not leave it except if they are obliged to enter the classroom, and even then the “rule” that mandates turning off your phone in the classroom is seldom, if ever followed.

The high prevalence of cellular phones among students has changed this thorny issue into a real, troubled, and striking phenomenon that affects the atmosphere of our educational system. Still, it also wastes time for both, teachers and students. To win this battle, it requires the combined efforts of parents, teachers, students, and bureaucrats. And if the situation remains in its current form, education in Morocco will devolve further and further.