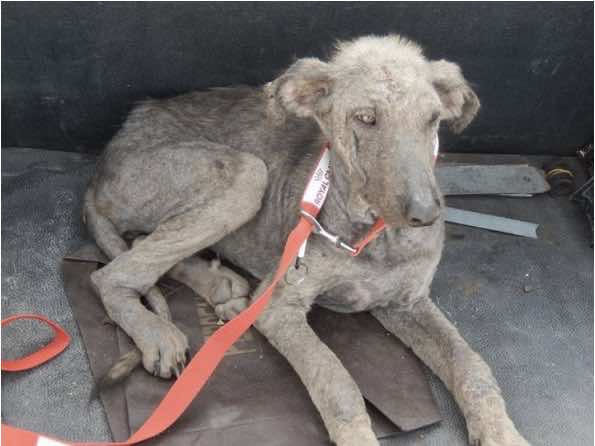 Rabat – It is high time to pass a law strengthening animal protection in Morocco.

While Morocco is a Muslim society that is undergoing crucial changes and considerable developments with respect to human rights, animals are experiencing all kind of abuses at the hands of Moroccans. Unlike humans, these creatures are suffering silently, and their circumstances appear to be getting worse lately when even the juridical power that is supposed to guarantee their right to a peaceful life, seems to be against them. Humanitarian Moroccan voices have arisen, however, in various cities in Morocco, strong, determined, insistent voices speaking out for their four-legged friends, aiming for a brighter future for animals in Morocco.

Unfortunately, inanimate objects receive more protection in Morocco than do animals. Injury to public property may result in a fine and restitution. But injuries to an animal go largely ignored and unprosecuted. Animals in Morocco have little or no protection under the law. In fact, a new law No. 56-12 which was voted on last year by the House of Representatives in Morocco, that permits the extermination of so-called dangerous dog breeds, proves that!

With Festival Mawazine around the corner, and the coming of droves of tourists, the authorities are determined to cleanse the streets of stray animals. Thomas, 54, from Ouarzazate, claimed: “These days, I come across the carcasses of dead dogs decomposing in places where poison has been left targeted for stray dogs. I let my dogs run unleashed when I walk them, and one of them has just died from being poisoned. It is the second dog that I have lost.” Koryn Second affirms having met the authorities walking around gardens in Hassan Avenue, launching a massive poisoning campaign to stop the proliferation of stray cats.

A number of Moroccan citizens are devoting their time and money to help animals and to support the very few associations created for this cause. Lately, these people have decided to come out of the shadows, to manifest their anger and call for support by organizing sit-ins.

The first sit-in on animal rights took place on April 27, in front of Parliament in Rabat. Afaf Harmouch, 39, manager of events and communication, who led the event said: “When we found out about the dog extermination campaign in Tetouan on April 19, we were horrified! There was no way we could accept the matter while remaining idle.”

The first demonstration was followed by another sit in on May 4 near the Casablanca zoo, this time led by Khady Raiss with the participation of Afaf Harmouch, Hannane Abdel Moutalib who owns an animal shelter in Casablanca, and several other citizens. In an interview with Radio+, Khady Raiss, who is a 36 year old restaurant owner, declared, “The Zoo of Ain Sebaa has closed its doors; the animals in there have been placed in quarantine, and when we read in “L’économiste” newspaper that some would be set free in nature and others would be euthanized, we were outraged. We couldn’t tolerate the killing of animals. We are asking for all the animals to be taken good care of and we insist on a guarantee for their well-being until the completion of the new [animal] reserve.”

The third sit-in was held in Marrakesh on May 18, and deemed a success as it garnered the support of the national media that aired the event on Moroccan TV channels. On 2M, Afaf Harmouch’s call for support reached many citizens’ ears and hopefully their hearts, and Hanane Ben Mansour highlighted the importance of inculcating the respect and protection of animals in our children.

Afaf Harmouch quotes a very wise saying worth being meditated upon: “We human beings cannot possess two hearts, one for humans and one for animals. Either we have one or we don’t have any.” The government should heed the call for legal protection against the cruelties and injustices non-speaking creatures endure.