Marrakech - Last Friday, the first showing in Morocco of The Patrol took place at Café du Livre in Marrakesh. The film, directed by Tom Petch of Salt Films from the UK, was shot in 2013  and filmed entirely at a location in the Agafahy desert 40 miles from Marrakech. 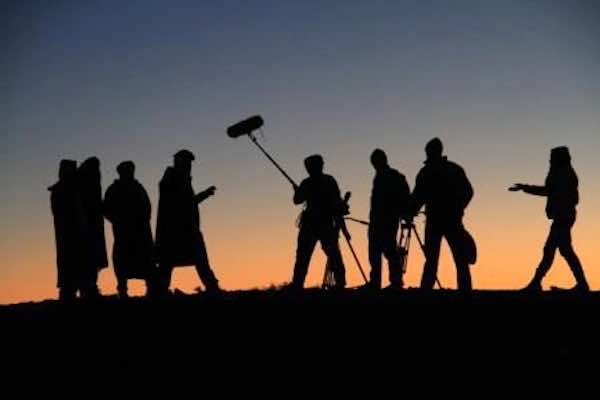 Marrakech – Last Friday, the first showing in Morocco of The Patrol took place at Café du Livre in Marrakesh. The film, directed by Tom Petch of Salt Films from the UK, was shot in 2013  and filmed entirely at a location in the Agafahy desert 40 miles from Marrakech. 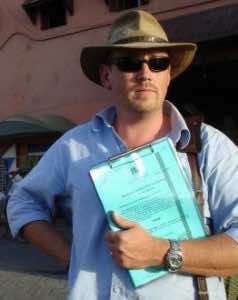 The film was awarded the Film of the Festival at the Raindance Film Festival in 2013 and was nominated for the British Independent Film awards in the same year. It is being shown at the Cannes Film Festival and the producers are looking for a distributor for the film in the United States.

The film tells the story of a small isolated British army seven man patrol assisting the Afghan army in Helmand Province. There are two officers, a captain and a lieutenant, a sergeant and other ranks. As James Cutting pointed out, “the men in the patrol are drawn from different regiments which may have affected their cohesion, however, they are a close knit group who have clearly been in action for some time. The complaints regarding their equipment, the rifle and lightly armored land drovers are frequent. It’s very hot, the film was shot at the height of the Moroccan summer, so there was no need to simulate heat conditions.”

Complaining soldiers is nothing new and tensions between officers and men in difficult conditions are also not surprising. The Captain makes a serious command error when a TAVR soldier refuses to fight and is allowed to stay in camp rather than go out on patrol. The Captain also allows the Lieutenant to remain at the base because his wife is expecting a baby. The Captain shows his humanity and sympathy, but he breaks the British army code which says that all soldiers should be treated equally and with the same discipline. This undermines the discipline in the patrol and is a failure of leadership on the Captain’s part.

Leadership is highly prized in the British army. This is more of a psychological drama than an action film, although there are very realistic fire fights. We never see the enemy and there is no coverage of contact with Afghans although there are lone motor cyclists who may be spotters for the Taliban. We see children playing but the concentration is on the interaction between the men and their officers. It shows the demoralization of soldiers fighting under unwinnable conditions. The badly equipped soldiers (a frequent occurrence in the British Army over many years since the Second World War) fret over radios that do not work well. They are very isolated and have to sortie each day to get shot at or suffer or face IEDs Improvised Explosive Devices. One of the land rovers with its Afghan crew is completely destroyed by an explosion. Eventually, the men refuse to go on fighting because they say it is not their war. 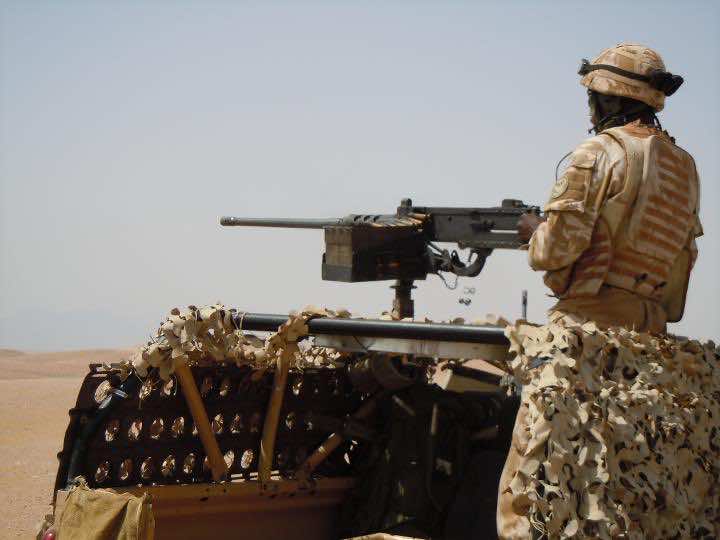 The Patrol is about the collapse of discipline under fire. An unannounced special forces attack against the Taliban puts this small patrol in the firing line and they are told to stay put for longer than their supplies permit. There is intermittent fire support from British helicopters and planes dropping supplies miles off target.

The director Tom Petch was a British army officer who  also served in the SAS special forces and participated in many counter insurgency operations, including Northern Ireland, Cyprus, Bosnia and Cambodia. He clearly knows the realities of this kind of warfare. The film is also about a British army which is tired after years of conflict and downsizing where troops actually received redundancy notices whilst fighting in Afghanistan. It is a film which is likely to become a classic even if it is not a commercial success, as James Cutting noted. There will always be a clash between a passionately observed anti war film and the opinions of those who served in the field like the anti war poems of Siegfried Sassoon and Wilfred Owen in the First World War. Articles have drawn comparisons between The Patrol  and films such as the German film All Quiet on the Western Front by Erich Maria Remarque American film on Vietnam, The Platoon and the Battle of Algiers. 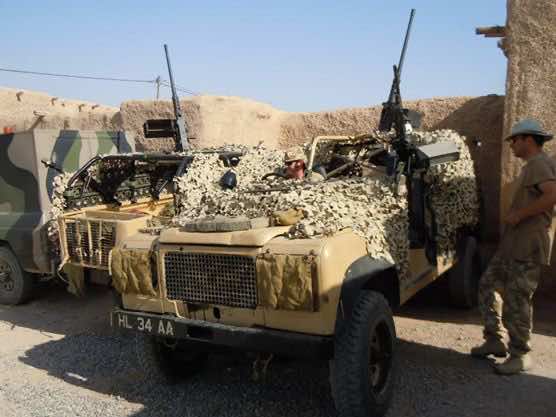 The other star of the production is the Moroccan countryside which exactly reproduces the bare terrain of Helmand province. James Cutting recounted negotiating with the local caid and agreeing the use of a village which had been abandoned because the water had run out. The Moroccan setting gave  the film a very realistic back drop. All the uniforms and equipment was absolutely realistic and there were advisers who had served with the SAS to ensure the realism of the productions. Whilst the budget for the film was estimated at $1 million James Cutting noted that, because they were able to film in Morocco, costs only came to £100,000. It was a low budget film which achieved a remarkable production quality. He reflected that it was very difficult to encourage international film producers to come to Morocco because of what he described as “the rampant greed of some Moroccan production companies” who charged foreign companies mark ups of 1,000 per cent. He cited instances of a Kasbah which was rented out to a film company for MAD 30,000 a day, yet when he checked with the Kasbah owner, he found he was only being paid MAD 3,000 a day. 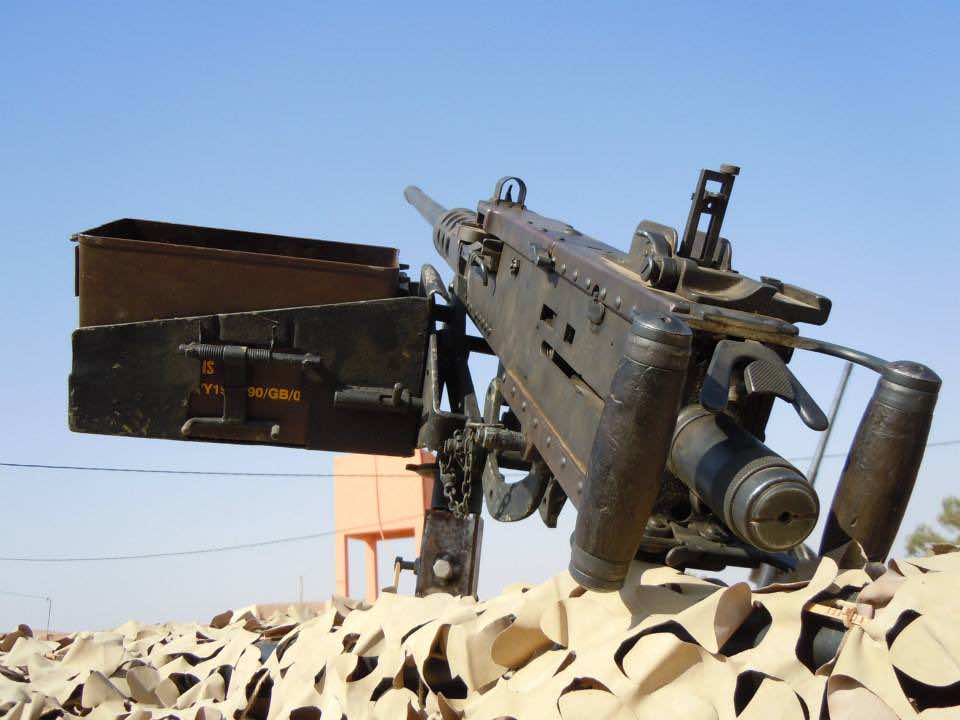 He cited another example of overcharging on a recent film set where each stall holder in a mellah was paid MAD 5,000 a day and the Moroccan casting company charged the international film producer MAD 50,000 a day  for each stall. He concluded that as long as the overcharging by Moroccan production companies continued, Morocco would never fulfil its complete potential as a venue for major  international films, because producers would locate productions in the Canary Island or Southern Spain where such outrageous over charging is not practiced. “Budgets for filming are very much under pressure,” he explained “and film producers were being put off Morocco as a filming location.”

Putting film-makers off of Morocco is both a mistake and a tragedy. After all, Morocco has one the most varied landscapes of any country and can replicate Vietnam, Afghanistan, Lebanon, Greece, Mongolia, Himalayas, Nevada, Arizona, Scottish Highlands, Saudi Arabia, Pakistan, Australian Outback, West Africa, East Africa, South Africa and even Mars! It has very talented technicians and a wonderful climate. James Cutting concluded that with all the above advantages Morocco has to offer, it should be the world’s leading film-making country. Perhaps law-makers should take this corruption into account, and begin to pass legislation that would prevent the inflated prices that plague the film industry here. Only then will Morocco take its deserved place as the world’s premier film-making destination.