Istanbul - The 20th edition of the Istanbul Home Textile Exhibition, "EVTEKS," slated for May 21-25 in Istanbul, was a good opportunity for Moroccan participating companies to establish new promising business contacts and diversify their trading partners. 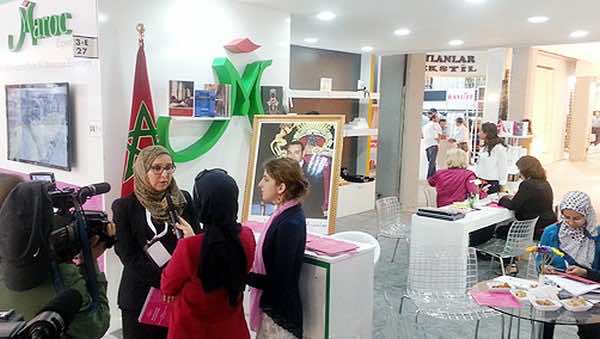 Istanbul – The 20th edition of the Istanbul Home Textile Exhibition, “EVTEKS,” slated for May 21-25 in Istanbul, was a good opportunity for Moroccan participating companies to establish new promising business contacts and diversify their trading partners.

EVTEKS 2014 allowed the Moroccan textile manufacturers to make various promising business contacts, according to Maroc-Export, which organized the participation of Morocco in this International event in collaboration with the Moroccan Textiles Association (AMITH).

The 20th edition of EVTEKS was an opportunity for participating Moroccan companies to reach new markets in the Middle East (Saudi Arabia, The UAE, Kuwait), Europe (Germany, Turkey) and Africa (Tanzania , Libya, and Algeria), a Maroc-Export official told MAP.

It Morocco’s second participation in EVTEKS 2014, which brought together over 1,000 exhibitors, and whose previous edition was a resounding success with over 118,413 professional visitors from 20 countries in the Middle East, Europe and Russia.