Tangier - Getting an ID card has typically been one of the most tiresome administrative procedures in Morocco, so time-consuming and difficult that people often resort to illegally paying “extra” money, or bribes, to quicken the procedure. 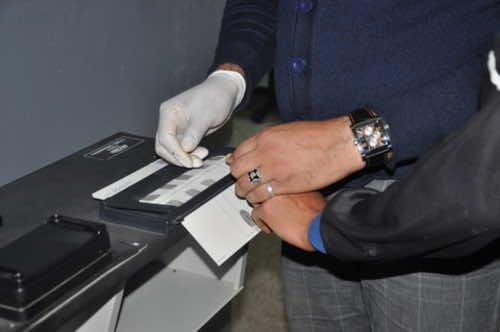 Tangier – Getting an ID card has typically been one of the most tiresome administrative procedures in Morocco, so time-consuming and difficult that people often resort to illegally paying “extra” money, or bribes, to quicken the procedure.

The Ministry of Interior Affairs has finally taken a first step to improve the situation and reduce corruption.

Casablanca is the first city, chosen by the authorities, to inaugurate a center for renewing old ID cards, including electronic ones, according to Aufait Maroc.  The office can rapidly serve citizens not only of the Al Azhar neighborhood in which it is located, but also the rest of the inhabitants of Sidi Bernoussi province.

The time it takes to get a new ID card should be dramatically reduced from the time it used to take of 15 days to 15 minutes.

According to the same source, the center is equipped with well developed machines, ranking this center of the best equipped offices in North Africa.

On March 30, 2013, Al Massae newspaper announced that the Moroccan General Directorate of National Security (GDNS) had started construction of several new administrative centers for  obtaining documents and ID cards.  These centers are expect to be well-equipped with modern machines to facilitate the ID cards processing.