Fez - Al Jazeera kicked off its 8th Annual Forum Monday in Doha with the participation of delegates from 51 countries, including Morocco under the theme: "Change in the Arab World: Where To?" 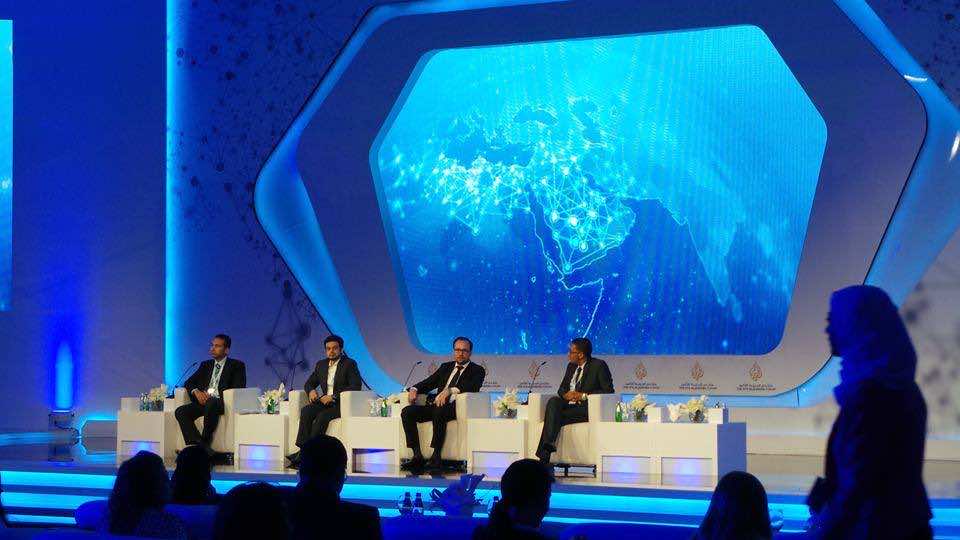 By
Adnane Bennis
-
Adnane Bennis is a national of Morocco, obtained his Bachelor’s Degree in Computer and Information Science from East west University in Chicago.
May 27, 2014
Spread the love

Fez – Al Jazeera kicked off its 8th Annual Forum Monday in Doha with the participation of delegates from 51 countries, including Morocco under the theme: “Change in the Arab World: Where To?”

Organized by the Al Jazeera Centre for Studies, Al Jazeera‘s 8th Forum is a youth platform that opens windows of opportunity to young individuals from different backgrounds to debate issues of common interest in “the context of the current transformations in the Arab world.”

In His opening speech, Dr. Mustafa Souag, Acting Director General of Al Jazeera Network, said: “AlJazeera will continue to cover human rights issues wherever possible, and will strive, as it always has, to give every human a right to defend his/her rights and make his/her voice heard because it is a voice for the voiceless and a platform for those who have no outlet.”

Soumiya Benkhaldoun took part in the the first plenary session of the forum entitled: Reviewing the Arab World’s Path to Change: Decade in Review,” discussing the major changes that affect the Arab World in the past decade.

Mustapha El Khalfi will be a part of a panel entitled “reconsidering the movement of change.”

This international forum gathers 400 participants from different fields, including academic, activists, journalists and politicians, to discuss change in the Arab World and share ideas on other international and local issues.