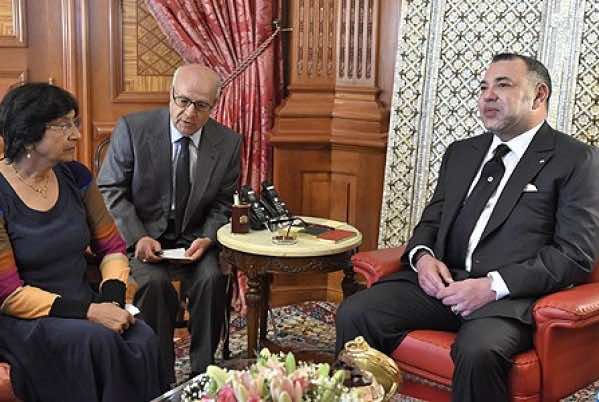 On this occasion, the King granted to Pillay the Alawite Wissam of Grand Officer rank in recognition of her strong commitment and very active role in the promotion and the defense of the human rights cause during her mandate as head of the HCHR, it said.

The sovereign also lauded efforts by Pillay to reinforce the credibility of HCHR actions, enhance its operational capacities, reform the system of bodies of treaties and throw light on new themes as the fight against discrimination and intolerance, and the rights of immigrants, the same source said.

For her part, Pillay lauded the major progress and sustained efforts made by the Kingdom, under the leadership of the King, for the lofty cause of human rights in every sense, it said.

The talks touched mainly on the emergence of new generations of human rights and the need for their promotion, it noted.