Casablanca - Too many Muslim women across the world still face difficulties because of their choice to wear the veil. Recently, two veiled Moroccan-Belgian women were denied access to a polling office in Belgium. 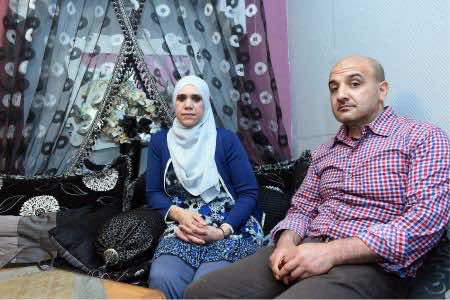 By
youssef sourgo
-
Youssef Sourgo is currently a Master’s student in Linguistic and Literary studies at Ain Chok Faculty of Letters and Humanities.
May 28, 2014
Spread the love

Casablanca – Too many Muslim women across the world still face difficulties because of their choice to wear the veil. Recently, two veiled Moroccan-Belgian women were denied access to a polling office in Belgium.

According to Belgian news website La Meuse, two Moroccan-Belgian women, Karima and her mother, were forbidden to vote on Sunday at a polling place in Piron Community School in Bressoux, Belgium for wearing veils. However, the two women had already voted several times before, according to the same source.

The president of the polling office told La Meuse that the two women were wearing ostentatious religious symbols. Only after police intervention, were Karima and her mother allowed to vote. Yet the two women still feel humiliated.

Originally from Morocco, the two women  became naturalized Belgian citizens several years ago, and have since voted several times without being denied access to polling offices and have not faced difficulties at their work because of their veil. Consequently, the discriminatory attitude of the polling officer has shocked both women.

“I also wear a veil in the picture displayed on my ID card, but this has never caused me any problems at all,” Karima told La Meuse. She recalls how the president of the polling office in Bressoux denied her and her mother access to the office, saying, “You will not enter the office until you remove your veils.”

Desperate, Karima called her husband, Zouhair, who immediately showed up at the polling office. After fruitless discussions with the stubborn president, Zouhair called the police, who, after talking to the president, eventually allowed Karima and her mother to vote.

The dust has not settled yet for Karima and Zouhair, however. According to La Meuse, the couple intends to lodge a complaint against the president of the polling office for forbidding two Belgian citizens to vote.