Rabat - UN High Commissioner for Human Rights, Navi Pillay welcomed on Wednesday the "considerable progress" made by Morocco in the field of human rights. 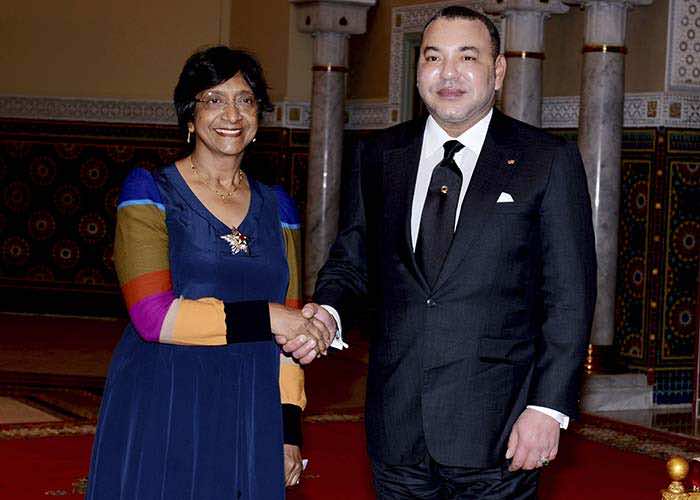 Rabat – UN High Commissioner for Human Rights, Navi Pillay welcomed on Wednesday the “considerable progress” made by Morocco in the field of human rights.

“Morocco has made considerable progress in terms of human rights,” said the UN official in a speech at a meeting held at the headquarters of the National Council for Human Rights (CNDH), with representatives of civil society, trade unionists, parliamentarians, politicians and ambassadors accredited to the Kingdom.

The Kingdom has established a “strong” institutional framework in the field of human rights, including the National Council for Human Rights (CNDH), and has a shown a “good” record of cooperation with international human rights mechanisms, Pillay said, adding that Rabat is also a “traditional partner” of OHCHR and an “major crossroad between West Africa and the Arab world.”

“Morocco has come a long way to get rid of the legacy of the past,” said the UN official, noting that the Equity and Reconciliation Commission (IER), which seeks to establish the truth about past abuses, was a first of its kind in the region.

She also made a posthumous tribute to the late Driss Benzekri, whose presence “is missed dearly today.”

Pillay ‘s visit to Morocco is the first of its kind of the highest UN representative in charge of human rights since taking office as High Commissioner in September 2008.