Tunis  - Morocco and Tunisia expressed on Thursday shared will to give new impetus to their economic cooperation and trade and bring it to the level of the bilateral exemplary political ties. 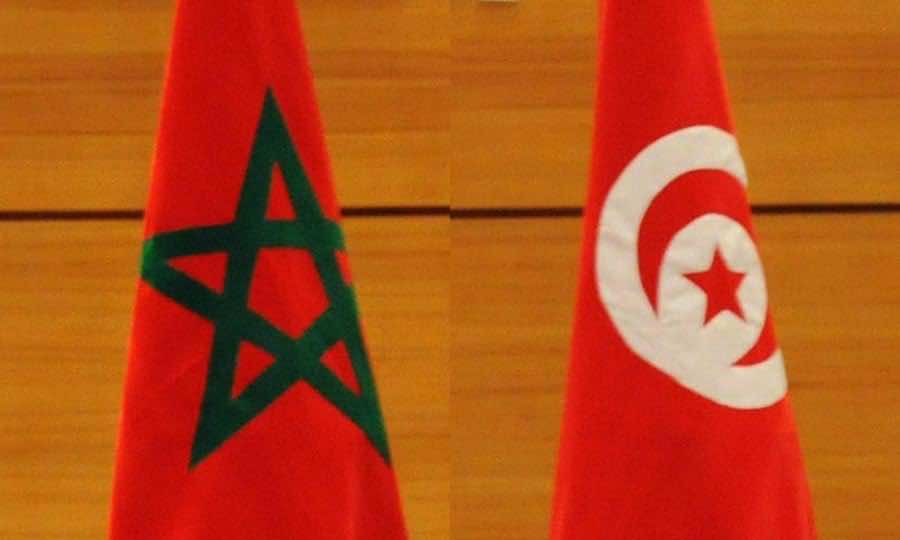 Tunis  – Morocco and Tunisia expressed on Thursday shared will to give new impetus to their economic cooperation and trade and bring it to the level of the bilateral exemplary political ties.

Talking at the opening of the Moroccan-Tunisian economic forum, held in the Tunisian capital prior to the official visit that HM King Mohammed VI will be paying to this country starting on Friday, Moroccan minister of Industry, trade, investment and digital economy, Moulay Hafid ElAlamy, and Tunisian minister of industry, energy and mining, Kamal Ben Naceur, took the floor to reaffirm the shared will of the two countries.

Stressing that the forum is held in an international and regional context of major economic and social hardships, the Moroccan official called the two countries to establish “strong and lasting partnership” in order to generate more growth, reduce unemployment, and meet social aspirations.

Tunisia is Morocco’s 35th customer and 31st supplier with a general volume of exchanges hardly reaching, in 2013, 2.58 billion Dirhams.

The Moroccan minister urged for seizing the visit of HM King Mohammed VI to Tunisia to boost economic ties, through a renovated and long-term approach driven by a pragmatic win-win partnership.

He also urged for moving forward in regional integration which, he said, might start with the integration of the Moroccan and Tunisian financial markets.

The same opinion was shared by the Tunisian official who called for joining efforts to improve trade between the two countries, pointing out that Morocco and Tunisia are both willing to increase the level of exchanges from 1pc of their global exchanges presently to 10pc.

He stated that his country plans to carry on efforts to improve its institutional framework in order to stimulate investments between the two countries.

Over 200 Moroccan and Tunisian business operators participated in the economic forum.