Taroudante- The Moroccan Minister of Justice and Liberty, Mustapha Ramid, said Monday that the rate of marriage of women under the age of legal consent in Morocco has significantly increased over the last decade from 18,341 cases in 2004 to 35,152 last year. 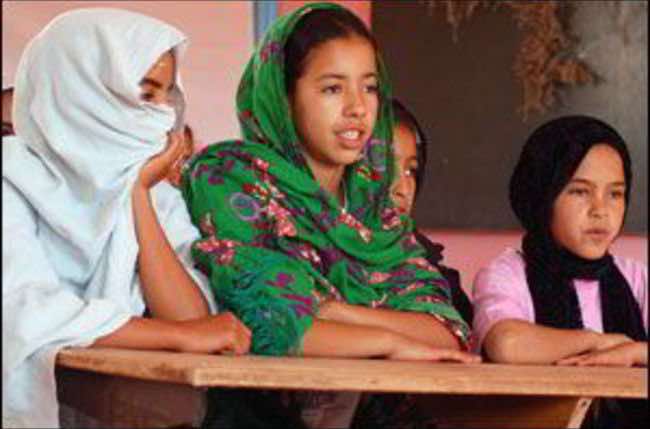 By
Larbi Arbaoui
-
Larbi is a freelance writer and assistant editor at Morocco World News.
May 29, 2014
Spread the love

Taroudante- The Moroccan Minister of Justice and Liberty, Mustapha Ramid, said Monday that the rate of marriage of women under the age of legal consent in Morocco has significantly increased over the last decade from 18,341 cases in 2004 to 35,152 last year.

In a speech at the opening of a seminar organized by the Ministry of Justice and Liberty in partnership with the Ministry of Solidarity, Women, Family and Social Development under the theme “Ten Years after Implementation of the Family Code: Progress and Prospects,” Minister Ramid said that underage marriage has increased.

The minister said that the implementation of the Family Code imposed several constraints on certain issues related to the issue of child marriage, which currently constitutes about 10% of all marriages in Morocco, including setting the minimum marriage age at 18.  Yet, the figures  show that the number of underage marriages has more than doubled in a decade.

On the eve of National Child Day on May 25, UNICEF reported significant advances in improving the situation of children in Morocco in different areas, namely education and health; however, the issue of child marriage remains a persisting problem.

“In the light of data on the situation of children in Morocco, we can say that Morocco has made significant progress in various fields. Yet, disparities still remain,” the UNICEF Representative in Morocco, Ms. Regina De Dominicis, told MAP.

Following the shocking suicide of 16-year-old Amina Filali in 2012 after being forced to marry her rapist, the kingdom saw a growing social anger and intensive lobbying by activists to abolish Article 475 of the penal code, which allowed a rapist to escape prosecution if he married his underage victim.

In January 2014, the Moroccan parliament unanimously repealed article 475 in the wake of public criticism.

Notwithstanding the provisions of the Family Code, more commonly known as the Moudawana, family court judges have authority and discretion to approve the marriage of a minor if the judge finds it in the best interest of the minor.