Rabat- Today is the three-year anniversary of Morocco World News. The e-newspaper, founded by brothers Adnane and Samir Bennis, is a symbol of the digital revolution in the Moroccan media. While the paper is important in abstract, it has also been a vital part of my personal experience in the country, as both a student and an expat. 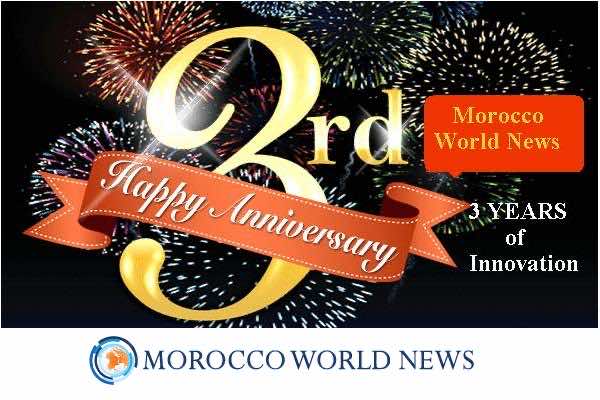 By
Ilona Alexandra
-
Ilona Gerbakher is a student, traveler and writer currently living in Rabat and studying French, Arabic and Darija.
May 30, 2014
Spread the love

Rabat- Today is the three-year anniversary of Morocco World News. The e-newspaper, founded by brothers Adnane and Samir Bennis, is a symbol of the digital revolution in the Moroccan media. While the paper is important in abstract, it has also been a vital part of my personal experience in the country, as both a student and an expat.

MWN was my first introduction to Moroccan social issues, as written about by Moroccan youth. I remember when I received news that my Critical Language Scholarship program would take place in Meknes. Frankly, I was disappointed. I had hoped to be placed in Cairo, which was the heart of the Arab-Muslim world, in my estimation. But violence and political upheaval prevented those plans from coming to fruition, and Meknes became my destiny.

As I investigated my new home away from home, I found MWN, and particularly the article written in April of 2013 about sexual harassment. Other articles followed, about social issues that I had no idea Morocco was grappling with–animal rights, gay rights, digital intrusions in education. MWN made this new country seem a bit more like home. I read articles written by people just like me–women, students–about things that effected my life In America and their lives in Morocco. Instead of alienation, I felt comfort.

Most of my expat friends are avid readers of MWN, with occasional critiques. The fledgling paper would do well to professionalize its cadre of reporters, and to tighten its editing standards. But what distinguishes the paper is its willingness to tackle the forbidden, the taboo. It goes where few Moroccan media outlets are willing to tread, into the thickets of youth culture, into the depths of cultural controversy and social disorder.

MWN represents the new face of Moroccan media: young, diverse, digitally savvy and invested in their country. I’m happy to be a part of this innovative news network, and I look forward to following MWN for many years to come!