New York- Moroccans were surprised on Saturday by an unlikely rumor that King Mohammed VI has decided to cut short his visit to Tunisia and return to Morocco. The reason for this supposed decision was said to be a disagreement between the heads of State over the Western Sahara conflict. 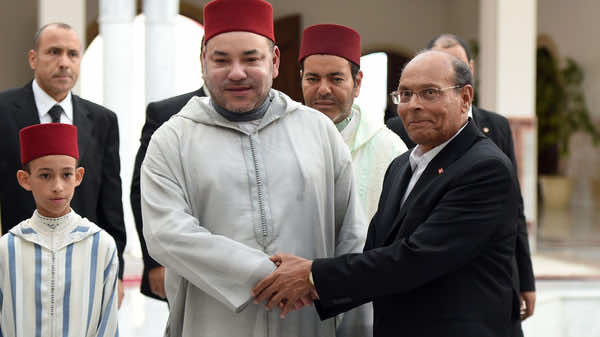 New York- Moroccans were surprised on Saturday by an unlikely rumor that King Mohammed VI has decided to cut short his visit to Tunisia and return to Morocco. The reason for this supposed decision was said to be a disagreement between the heads of State over the Western Sahara conflict.

Upon hearing the rumor, Moroccans, including myself, wondered whether it really was just a rumor or actually another effort of the Algerian secret services to “spoil the moment.”

But what made the rumor unlikely is that on the first day of his much anticipated visit to Tunisia, the huge delegation accompanying King Mohammed VI signed 23 bilateral agreements with its Tunisian counterparts covering a multitude of topics. In diplomatic practice, this might be a record, for it is rare to see two countries sign such so many agreements and protocols all at once.

For any commentator acquainted with the political relations between the countries of North Africa, a diplomatic success such as this scored by Morocco surely would not go unnoticed in Algeria, leading perhaps to the desire of the Algerian government to do all it could to spoil the moment and make sure that the Royal visit does not proceed smoothly without mishap.

Since I heard the news, I told myself that the alleged spat could be just another rumor instigated by the Algerian secret services, and that it was very unlikely to have such a turn of events in less than 24 hours after the signing of 23 bilateral agreements.

What one has to keep in mind is that before a head of state or government or a Minister of foreign affairs visits another country, the agenda of the meeting is prepared ahead of time. Every single element of the talking points between the two parties is reviewed before any visit takes place. For visits of such importance, such the one paid by King Mohammed VI to Tunisia, it certainly takes several weeks, and sometimes months of correspondences between the relevant authorities of the the two countries to ensure that the visit takes place in the best conditions and yields the expected results for both countries.

Therefore, one can state with certitude that if the question of the Sahara comes up in the discussion between the two heads of state, it is not by coincidence. Rather, it is because the two parties had agreed to address it ahead of time. When a topic is addressed in a meeting between two heads of state or government, their ministries of foreign affairs have agreed in advance what aspects of the topic to talk about.

Having myself been involved for several years in the preparation for exchanges of visits between different governments, I know for a fact that if an agreement is not reached over the talking points of any proposed visit, such a visit has no chance of taking place. A visit of a head of state or government to another country takes place only once any potential differences between the two countries, if any, are ironed out.

King Mohammed VI would not have gone to Tunisia if he had not been sure that the question of the Sahara would not be addressed, or if addressed, discussed without touching on any aspect that could spark a diplomatic crisis between the two sister countries.

In addition, what makes the rumor unlikely is that Tunisia has never before made a pronouncement on the Sahara in opposition to the Moroccan position. In a press conference during his visit to Algiers in February 2012, President Merzouki called for achieving a resolution to the conflict that would preserve the interests of all parties, while emphasizing that the reinvigoration of the Maghreb and the reopening of borders between Morocco and Algeria would pave the way towards the establishment of a psychological climate likely to open channels of communication and help to create new political and psychological conditions conducive to the resolution of the conflict.

Further, since he was elected President of Tunisia following the toppling of his predecessor Zine El Abidine Ben Ali, Moncef El Merzouki has made the building of a viable and strong Maghreb Union one of the top priorities of his electoral mandate. Soon after he was elected, he made several statements in which he emphasized that “the activation of the Maghreb Arab Union is more necessary than ever,” adding that the “peoples of the region aspire to see an era of free movement with open borders come true.”

In addition, there is also a level of personal detail to be taken into account, given that the Tunisian president’s studies in the Moroccan city of Tangier, and his father having been a political refugee in Morocco in 1956.

In an interview with Moroccan TV channel 2M in January 2012, Merzouki emphasized his emotional attachment to Morocco, a country which he considered as his own country. “I consider myself from the Maghreb and I consider Morocco as my own country,” said Marzouki, recalling that he had studied in Tangier and that his father was a political refugee in Morocco in 1956. “My father was received by the late HM King Mohammed V and lived in Tangier and Marrakech. He remarried in Morocco, so I have brothers who are Moroccans,” he said. “Morocco is a country that is mine. We are a Maghreb family. For me, the Maghreb is not just a political reality.”

Moreover, Moncef Merzouki is also a staunch advocate of the return of Morocco to the African Union. His commitment to achieving that goal was put on display during the 18th summit of the Heads of States and Governments of the African Union held in Addis Ababa on January 29-30, 2012 when he stated that, “the African Union cannot do without a country as important as Morocco, this is a major anomaly that must be corrected.”

Based on the foregoing, it would be naïve to think that the Tunisian President would take a position hostile to Morocco regarding the Sahara, especially during King Mohammed VI’s visit to Tuisia. He is well aware that this conflict is the major, if not the sole hindrance, to building a true and viable Maghreb Union, and also the catalyst that pushed Morocco to withdraw in 1984 from the Organization of African Unity, the predecessor of the current African Union.

For all of these reasons, it is unlikely that the Tunisian president or his government would take a position favorable to the establishment of a non-viable state in the Sahara.